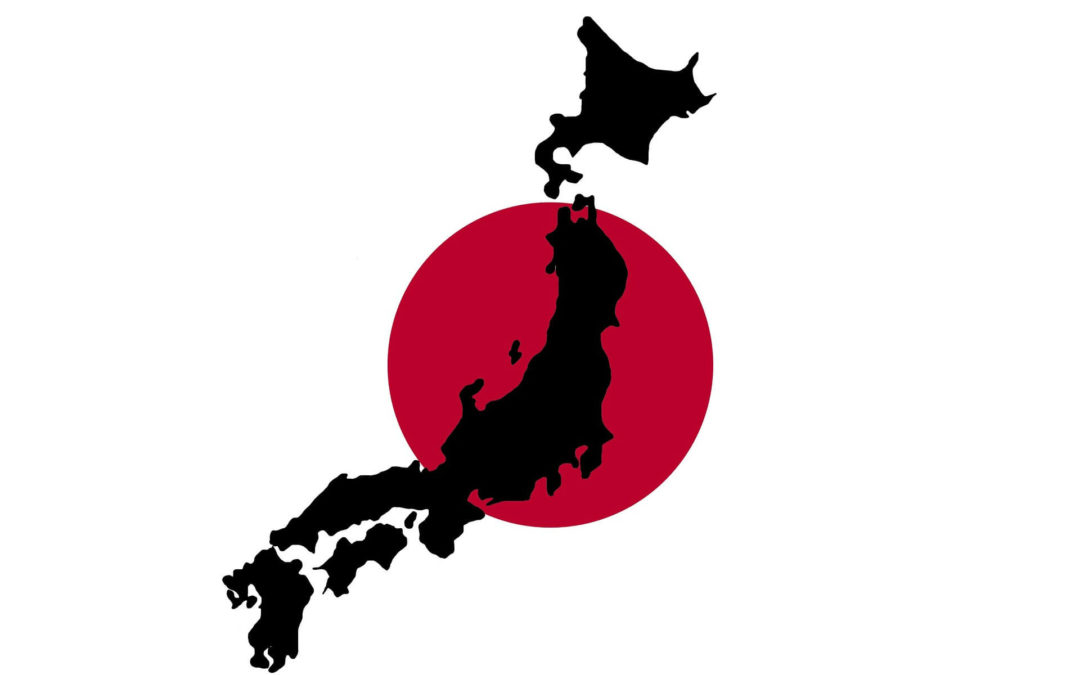 On a journey through Japan, perhaps from Osaka to Tokyo, you will hear dialects which differ substantially from Standard Japanese – as well as from each other.

When you’re doing business in Japan, this is a vital factor to consider. Because, despite what many foreigners might imagine, there is a great deal of linguistic variety in the Land of the Rising Sun.

In order to succeed in creating marketing that effectively targets a specific local audience, or in sealing the deal with your potential local Japanese partner, you need to at least be aware of Japanese dialects. Specifically, you need to know which are spoken in the part of the country in which you will be trading.

In this article, we’ll study the importance of dialect in Japanese translations. We’ll have a particular focus on how this will affect you if you’re looking to expand your foreign business to Japan.

Japan consists of over six thousand islands. These, as well as the numerous mountains in Japan, act as natural boundaries to the spread of language. The country also experienced periods of isolation from the outside world – in addition to several different internal regions which isolated themselves during various periods.

It follows then that there are many Japanese dialects. They tend to differ in:

These dialects are not usually islands in either the literal or the figurative sense. The areas where different dialects meet are fluid and overlapping.

For instance, one of the main generally-held distinctions is between eastern and western Japanese dialects. But even this distinction doesn’t precisely follow the line which is usually drawn to represent it on a map. Especially on the eastern side of this line, there are several regions which have features common to both “western” and “eastern” dialects.

This has, however, made the total number of Japanese dialects hard to define…

We can help you with translation from and into any Japanese dialect.

How many Japanese dialects are there?

Some people say there as many Japanese dialects as there are prefectures (that’s forty-seven). Others say sixteen.
Leading Japanese linguists down the years have created various methods of classification:

But really, these days there are perhaps seven major dialects of the Japanese language you need to be aware of:

There are a number of other dialects in Kyushu too. These vary to a greater and lesser degree from this popularly spoken one.

Osaka-ben and Kansai-ben are very similar. The vast majority of people in the Kansai region will speak one of these. They might also speak Kyoto-Ben or another local dialect rather than Standard Japanese.

Many people say that dialects local to this region sound slightly more musical than the standard dialect but with occasional rougher edges. A common feature of this dialect is the lack of particle use.

Kyoto-ben is the historical dialect of Kyoto, once the capital city of Japan. Many speakers of this dialect are proud of this cultural history and it is sometimes perceived as a dignified dialect. Others have commented that it is more feminine than other dialects. This might be because of its historical links with Geisha culture.

The Chugoku region is home to Hiroshima-ben, a dialect made famous in large part by a famous film of the 1970s called “The Yakuza”. In the movie, all of the gang members speak with this accent, leading to a certain amount of notoriety for the region – one not really based on any kind of fact!

In the Eastern parts of Hiroshima prefecture, other dialects are spoken.

Nagoya is the capital city of Aichi prefecture. Nagoya-ben is its most popularly spoken dialect. In the east of the prefecture, Mikawa-ben is also common.

The reasonably central positioning of Aichi prefecture gives its most commonly-spoken dialects the features of both Eastern and Western Japanese.

It’s not unlike the Standard Japanese of Tokyo in many ways, though some people have observed a somewhat feline pronunciation being exhibited by Nagoya-ben speakers.

Sendai, the capital city of Miyagi prefecture, is the place where Sendai-ben is most spoken. Most dialects of this region differ wildly from Standard Japanese – so much so that speakers may need subtitles to understand media from outside of the region.

Out of all the Tohoku dialects, Sendai-ben is often said to be the closest to the standard form.

Hokkaido-ben is the pre-eminent dialect of the Hokkaido region and is also relatively similar to Standard Japanese. This may be because there weren’t really people on Hokkaido until relatively recently. The various groups who settled here brought their own dialects with them. Over time, they came together to form one communal one.

Attitude to dialects in Japan

These days, the ability to speak or understand a dialect outside of the common language is generally lauded in Japan. This particularly tends to be the case in larger urban areas, where most people will speak the common language.

This has not always been the case, however…

The development of Standard Japanese and Common Japanese

The history of the Japanese language and its dialects in the last century are tied to efforts by various Japanese governments to produce a universal tongue.

For the half century before World War II, the Japanese government tried to enforce the speaking of hyōjun-go, or Standard Japanese, which children were required to learn in school. This was in line with developments in other industrial countries around the world as well as being a continuation of the long-standing Genbun itchi language policy of Japanese unification which had lasted from 1868-1912.

In the post-war period, largely because of a collective desire to forget the attitudes of earlier times (the word hyōjun-go sounded harsh and official and carried implications of what has been called a “crusade against dialect”), the slightly gentler-sounding “kyōtsū-go” – Common Japanese – was introduced. This was an idea which has been linked to the democratisation of the country and the idea of decentralisation.

From the 1980s onwards, the term “hōgen no fukkō” was also coined – the “rehabilitation of dialects”.

Standard Japanese is largely, if not completely, based on the dialect of Tokyo, the country’s political, economic and cultural centre. The Greater Tokyo Area is the largest city in the world by population. Thirty percent of the Japanese population calls it home.

Its unfathomably large population – 35 million residents in all – makes for a similarly massive and, consequently, influential media presence. Much of the area’s TV programming is broadcast throughout Japan, from Naha to Sapporo.

This wide reach has resulted in Tokyo’s slang being understood even in such places as Okinawa, Tohoku (Japan’s northeast) and Kagoshima (the furthest southern point of the main four islands). This is quite noteworthy, as although the local speech of each of these areas is an officially designated Japanese dialect, they once differed to such a degree that a Tokyo native would not be able to comprehend even basic conversations without previous study or experience living there.

These days, with so much media and communication emanating from Tokyo, the speech of people living in many different areas is becoming more similar to Standard Japanese than it has ever been before.

But that does not mean that you will find a single homogenous standard dialect across all Japanese media.
In fact, regional variations and generalisations are common. The ways the people of each area are portrayed can differ significantly too:

As the country’s de facto centre, Tokyo is often the default location for dramas, comedy and anime alike. Because of this, a character being from the city doesn’t generally indicate much of anything

Contrast this with the cities of Kansai. The most commonly portrayed is Osaka, the most populated in the region and second largest outside the Tokyo area. Its people are known for their warmth, sense of humour and how talkative they are.
In contrast with more “neutral” Tokyo characters, Osakans in media are often louder, funnier and just more outlandish in general.

Kansai is known for its great presence in Manzai, a popular form of Japanese stand-up comedy featuring a straight man and a more animated or foolish counterpart. The area’s relative size and cultural importance (Kyoto was formerly the country’s capital) also helps the spread of its media and culture.

The people of Kyushu (the region containing the city of Fukuoka), on the other hand, are often portrayed as passionate and hot-headed as well as tending to follow more traditional gender roles.

Having a character use the local dialect obviously designates them as coming from the region and is a commonly used way of emphasizing that a character has a rather forceful personality.

Similarly, Tohoku, Hiroshima and Sapporo dialects are used to represent “rural” Japanese – the kind farmer, the traditional parents and so on – or simply a person who is not from one of the main areas.

Characters who speak in a Hiroshima dialect sometimes do so to give the impression they’re involved in the Yakuza, the Japanese Mafia. This is because of the aforementioned movie which popularised the accent being used in this way.

Exceptions to the rules

There are countless exceptions to these trends and Japanese media is by no means a world of tropes. Still, understanding these generalisations and the way that they are used provides for another way of comprehending the country and its language. It also gives some insight into the fascinating differences between Japan’s regions and how they view one another.

If you’re in the country for business, this is the sort of information which can make a huge difference. Whether it’s in the translator or interpreter you hire, the way you’re going to couch your marketing in different regions or the way you’ll approach a conference or business meeting.

Unlike many other languages, including English, the variation in the pronunciation of vowels and consonants themselves is generally negligible between the different Japanese dialects.

Still, local vocabulary and grammatical constructions can lead to a wildly different spoken language and, at first glance, it can seem impenetrable to a non-native speaker.

From a business standpoint, this means that it is vital to do your due diligence when it comes to checking which dialect will be most suitable for the region you are targeting.

Choosing the right variant for your business

Though talk of media generalisations can sometimes be amusing, communicating ineffectively in a professional situation is obviously anything but.

Small changes in understanding can make all the difference. For example:

In Tokyo and Kansai, the words baka (ばか) and aho (あほ) both mean fool or idiot. However, in Tokyo, baka is used to tease or chastise someone lightly and, if used appropriately, will not cause offence. Aho, on the other hand, is a genuine insult and is not to be used lightly.

In Kansai, the situation is the exact opposite.

The potential for this general kind of misunderstanding makes it vital that you consider the importance of dialect when you’re doing business anywhere in Japan. Otherwise, you might risk being branded something of a baka yourself.

Do you need to know more about which Japanese dialect is best for the region you’re targeting? Comment below or contact us directly for some free advice on doing business in Japan.