How Halloween is celebrated around the world 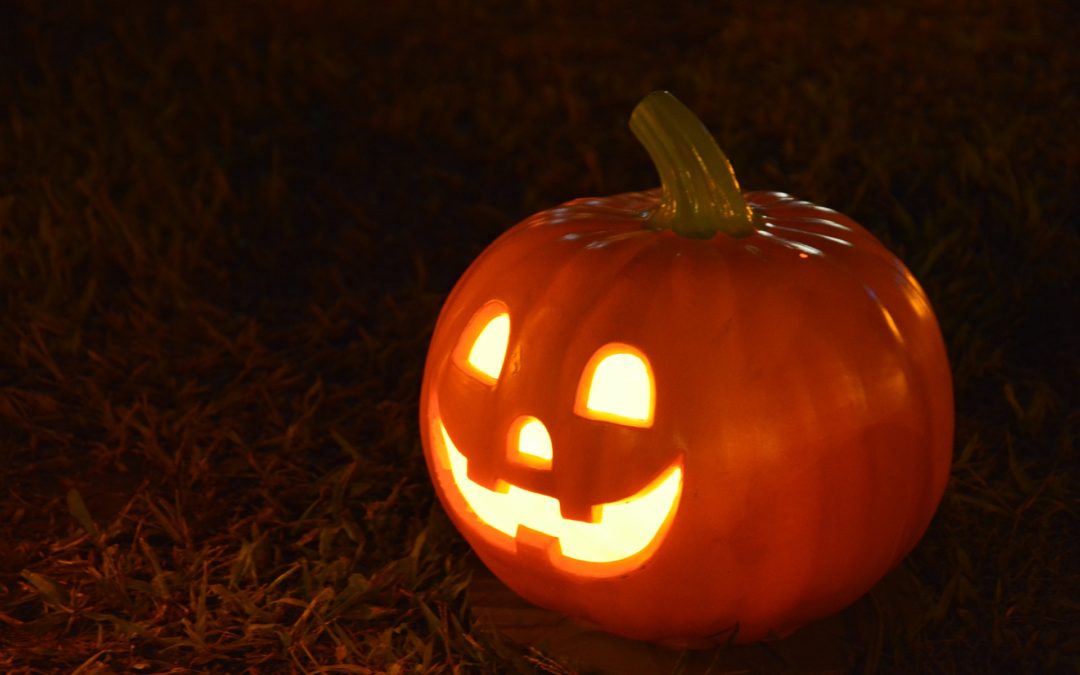 On or around October 31st every year, people all over the world come together to celebrate Halloween. Though often seen these days as an American holiday, the traditions behind Halloween are much older than the United States itself!

There have been many historical versions of the celebration, many of which have been drawn on to form the modern “American” model of Halloween. There are also similar festivals with completely different origins all around the globe.

The origin of Halloween

Halloween, or All Hallow’s Eve (which seems to have grown out of the phrase “Hallow’s E’en” or “Hallow’s Evening” to become the modern version), is generally understood to be a Christianised version of the Pagan festival of Samhain.

Samhain is a Gaelic word which means “the end of summer” and was traditionally celebrated by some ancient Celtic cultures after they took in the last harvest before winter. The Samhain festival had many features which would be fairly familiar to a modern audience, including a feast, bonfires and the honoring of the dead.

In many parts of the world completely unconnected with the Ancient Celts though, festivals featuring the spirits, ghosts, and ancestors seem to take place at a spookily similar time of year…

Ireland and the UK

As one of the homes of the Celtic tribes from which the Samhain festival originated, Halloween celebrations in some parts of Ireland and the UK remain in many ways truest to the old harvest traditions popular centuries ago. Games such as apple bobbing and snap-apple are still regularly played in many places. The former sees players trying to pluck a floating apple out of a barrel of water using only their mouth, while the latter sees the apple hanging on a piece of string.

In recent decades, however, a distinct Americanisation of the festival has been happening. In the UK, October 31st is now counted the second biggest party night of the year after New Year’s Eve. Many retailers market costumes, sweets and so on for months before the festival actually arrives.

Trick or treating has slowly become closer to the American model over time too, with the original “guising” once practiced in the Middle Ages (where children would disguise themselves and knock on doors to ask for sweet cakes in exchange for prayers or songs) now entirely supplanted.

The same is true of the original Jack O’Lanterns, originally made from turnips in Ireland or Scotland and beetroots in England, but now created in the American way using pumpkins.

Although it’s not a place where Halloween was traditionally celebrated, many Germans today enjoy the festival. Perhaps introduced or at least popularised by American G.I.s stationed in the country after World War II, it has been commented that the commercial aspects of the festival have been promoted by German retailers to make up for the loss of Fasching (carnival season) which was canceled during the Gulf War.

As in much of the rest of Europe, many of the older generation in Germany see Halloween as American commercialism run rampant. But with the festival now bringing in more than 200 million euros per year to the German economy, even they have to acknowledge it has its upsides!

Halloween traditions in Austria, however, have more in common with the ancient customs of leaving out bread, water and a lit lamp for departed relatives. In Germany’s close neighbour this time of year is known as All Souls’ Week and lasts from 30th October to 8th November.

All Souls’ Week is now a Christian religious tradition celebrated in some parts of the country with parades and pumpkin harvests, but more often featuring many small lanterns being lit to commemorate friends and relatives who have passed on and the marking of the various saints’ days.

The American idea of what Halloween should be is not widely accepted in France either. Generally perceived as more outside imposition on the traditional French way of life and existing celebrations, the number of French people who will celebrate a fete d’Halloween is relatively small – but they still exist!

One of the main points of opposition seems to be that Halloween is far too commercialised. This despite the country’s embracing of Mother’s Day, Valentine’s Day, and the commercialisation of Christmas and many other holidays. The other objection is often that it draws attention away from the traditional celebration of All Saints’ Day which, despite the name, lasts for two weeks in France over the same part of the year and is traditionally a time for family, with children being on holiday from school.

Belgium, on the other hand, loves Halloween! The country celebrates with big festivals and parties, several of which have acquired a worldwide reputation. The “flavour” of these festivals is somewhat similar to the American or British version of Halloween, but with a distinctly Belgian twist.

In fact, Belgium has many little “extra” celebrations which have their own traditions similar to Halloween, including:

Europe’s original Halloween festivities were based on Pagan festivals celebrating the dead which are older than Christianity. China has its own entire set of festivals for similar purposes.

Much like the Western traditions which say that All Hallow’s Eve is a time where the world of the dead and the world of the living are closer together, many Chinese people believe that it’s important to protect themselves against mischievous spirits during this time of year. In addition, honouring either your own ancestors or heroic figures of the past is a major feature of China’s many festivals, such as the Hungry Ghosts Feast and Qing Ming, which could be said to be similar to Halloween.

The only places you might find “Western” style Halloween celebrations in China are in expat bars or restaurants in some of the larger cities, such as Beijing or Shanghai.

Although the country retains All Saints’ Day on the 1st November and All Souls’ Day on the 2nd November as main holidays, having a Halloween celebration on the 31st October is becoming more and more widespread in Italy.

Several places have taken the festival particularly to heart, including:

The traditional Mexican Day of the Dead has these days mainly melded with the more European or American traditions to create a hybrid festival which often lasts for several days.

Sometimes known as Noche de Brujas in Mexico (the Night of the Witches) Halloween here traditionally features the building of ofrendas, altars with offerings to dead friends and family members. Influences from other parts of the world have more seen the enthusiastic modern inclusion of monster costumes and the sale of many products designed to spook children.

Generally, Mexico doesn’t seem to have any issue combining the best of both worlds when it comes to Halloween. Even the skeletal figure of La Catrina, originally created to mock colonial-era Mexicans who copied European aristocrats, is now a popular part of the proceedings.

And with the Day of the Dead’s continuing worldwide fame, there’s definitely something to be said for the country’s welcoming approach to bridging cultures!

Sweden is a relatively new adopter of Halloween as a festival. It largely borrows from the American and European model of Jack O’Lanterns, sweets, and fancy dress parties for the younger generations.

But as more and more bars and businesses start to see an uptick in traffic during the scary season, Halloween is undoubtedly becoming a fixed feature of Sweden’s party calendar.

Japan – the Obon Festival, also known as Matsuri and Urabon

Much like Sweden, Japan is a newcomer to celebrating Halloween in the American way – and it’s really only since the opening of Universal Studios Japan and Disneyland Tokyo that even the idea of this festival has really gotten off the ground in the home islands.

In both Sweden and Japan, it’s clever marketing which has seen the spread of the festival’s commercial and party aspects. In Japan, however, this hasn’t happened without some disruption. In 2009, several “Halloween party trains” full of foreigners ran roughshod through Tokyo garnering extremely negative press and even some protests.

Even a few short years later though, Japan seems to have embraced many aspects of the festival – and some businesses have started to adapt its precepts to Japanese culture so that the celebration makes more sense to a Japanese audience.

For instance, McDonald’s sells “Halloween Fries” with purple sauce (the spooky-coloured condiment is made from purple yams or purple sweet potatoes which are a seasonal crop in Japan) and many other businesses sell purple sweet potato-themed foods at this time of year.

Generally though, Halloween in Japan is thought of as a kid’s version of the country’s traditional ancestral grave-visiting Obon Festival which takes place in August.

Another recent entrant to the Halloween party scene, Korea seems to have jumped directly up onto the main stage!

There are now many Halloween events in Korea, especially in Seoul, including pub crawls, horror movie showings, spooky walking tours, the brilliant Zombie Walk Seoul and various other local businesses and parks – such as “Korea’s Disneyland”; Everland – having dedicated parties on Halloween night.

From almost no celebrants only a few short years ago to sometimes being called “Asia’s Halloween Capital” today, Hong Kong has launched itself into the throwing of Halloween parties as enthusiastically as it celebrates Chinese New Year every year.

Halloween party options in Hong Kong are hugely diverse, from the haunted Disneyland Hong Kong and Ocean Park to all kinds of street parties and local events.

The United States more than any entrant on this list is responsible for the “modern take” on Halloween. First arriving in the “new world” with the All Souls’ Day traditions of Irish and Scottish immigrants in the 1800s, which were themselves a Christianised version of their original Samhain roots, the festival is now almost entirely secular.

Only New Years Eve and the Superbowl beat out Halloween in terms of the number of party events in the US, and only Christmas does in terms of money which changes hands!

These days more than 65% of Americans of all ages celebrate Halloween in some form or other. And with the figure spent on Halloween in the US generally believed to be more than $8 billion in 2016, Halloween has certainly come a long way from turnip Jack O’Lanterns and leaving out a little food for the spirits of the departed.

Do you have some interesting stories about how and why Halloween is celebrated in your part of the world? Post them in the conversation below and we’ll see about adding the best to our article!