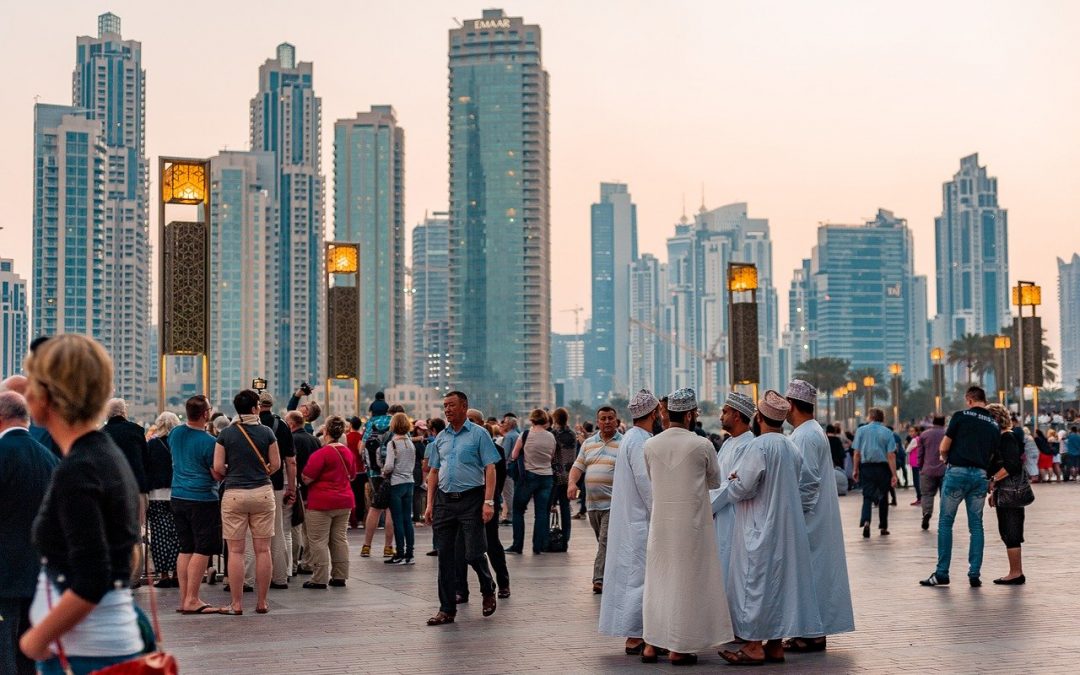 Arabic Language Day will take place on 18th December. Created by UNESCO in 2010, the day is intended to promote cross-cultural understanding and celebrate cultural diversity. Because even though it’s one of the most-spoken languages on the face of the Earth, Arabic is radically different to most other modern languages.

One of the best ways to celebrate Arabic Language Day is to learn more about this fascinating language. In this article, we’ll take a look at some interesting facts about Arabic.

1) Arabic is the fifth most-spoken language in the world Perhaps 422 million people across the world speak Arabic. There are three main dialects:

This diversity between dialects of everyday spoken Arabic means that even countries who are nominally Arabic-speaking can find it difficult to understand each other.

To combat this, the Arab League was created in Cairo in 1945 to bring Arab nations closer together, to promote greater understanding between them, and to foster joint areas of interest. For example, you’ll find institutions such as ALECSO (the Arab League Education, Cultural and Scientific Organisation) and CAEU (the Council of Arab Economic Unity) which operate all sorts of cultural, scientific, economic and political programmes for the betterment of the League’s nations.

There are currently 22 member states of the Arab League and four “observer states”.

We at Asian Absolute specialise in Arabic language translation. Read here more about our translation and interpreting services from and into Arabic.

2) The Arabic alphabet is not really an alphabet Arabic was originally mainly based on the Aramaic alphabet, altered and adapted over many years. But in the year 632 – the year which Muhammad is believed to have received the Quran in the Muslim faith – Muhammad’s language then became the basis.

But the Arabic alphabet is not really an alphabet at all. It’s really an abjad – a writing system where each glyph represents a consonant and the reader must supply the correct vowels. An abjad is sometimes known as a consonantary or consonantal alphabet.

In the hundreds of years in which abjads have been used in different languages, scholars have added various ways of marking vowel sounds in each writing system. This makes modern abjads – such as Arabic and Hebrew – technically “impure abjads” (to get a “pure” one you’d have to go back to something like Ancient Phoenician).

3) The written language is dramatically different to most spoken dialects Different Arabic speakers in different parts of the world will most likely know their local colloquial diglossia (roughly, “two languages”).

But it’s not even the case that there is one “higher” and one “lower” form. There are in fact many different local “lower” or colloquial forms and they vary immensely. This means that an Arabic speaker from Iraq might struggle to understand one from Egypt. Or a person speaking the standard form of the language might not be able to understand anyone in Morocco. These differences are at least in part broadly due to external influences from other languages in different parts of the world over the centuries, as well as the impact of colonialism. For instance:

There’s also the added complication of Modern Standard Arabic – commonly learned at school in the Arabic-speaking world – which is the language often used in very formal situations, such as in radio and television broadcasts or academic journals.

These differences can be as much of a serious issue for native Arabic speakers as they are for those seeking to learn the language!

4) In Arabic you build every word from a basic root One of the most interesting facts about Arabic is that each word is constructed from a basic root using special templates of predictable grammatical rules sometimes called patterns.

Each root generally consists of three consonants which then have vowels, prefixes and suffixes added to create a meaning or a tense and a whole lot more besides.

You can find an introduction to Arabic Roots at the end of the link.

5) Arabic has a reversed question mark and reversed comma This is perhaps one of those Arabic facts which does exactly what it say on the tin, but it’s interesting nonetheless!

Though pre-modern Arabic used no punctuation whatsoever, the modern version of the language contains both a reversed question mark (؟) and a reversed comma (،). Persian and Urdu, both of which are also written from right to left across the page, have these reversed punctuation marks too.

In fact, the day which Arabic Language Day is celebrated on – December 18th – was chosen because it was the date in 1973 when the UN General Assembly added Arabic as the organisation’s sixth official language. The other five official languages also have their own “days” spread throughout the year.

7) Many English words have Arabic origins Usually after having passed through one of the main five Romance Languages – French, Italian, Spanish, Portuguese or Romanian – the source of many English words is in fact Arabic. The most important of these, certainly in a mathematics and technology sense, is probably “zero“. Though there are a huge number of others in very common usage:

Thanks to the Crusades and other Middle Age clashes, Arabic is actually a significant source of vocabulary for a huge variety of other languages too, including the Romance Languages listed above, as well as Sicilian, Swahili and Uzbek. Arabic language facts These are just some basic facts about the Arabic language to get you started (or to form the basis of an interesting quiz round!). But this is one of the world’s most unique, varied and intriguing languages, with a script so attractive that people all around the globe have a word or phrase tattooed on their bodies. It’s well worth learning a little more about, especially with Arabic Language Day right around the corner!

Like this article? Check out the rest of our blog for more interesting info on languages, such as our quiz-beating Japanese language facts. Or if you’ve got something to say about what we’ve written here, comment below to start a discussion!

Digitally edited for quality by uploader; no copyright is claimed for these changes., CC BY 2.0