How AI and Neural Machine Translation (NMT) Will Aid Communication 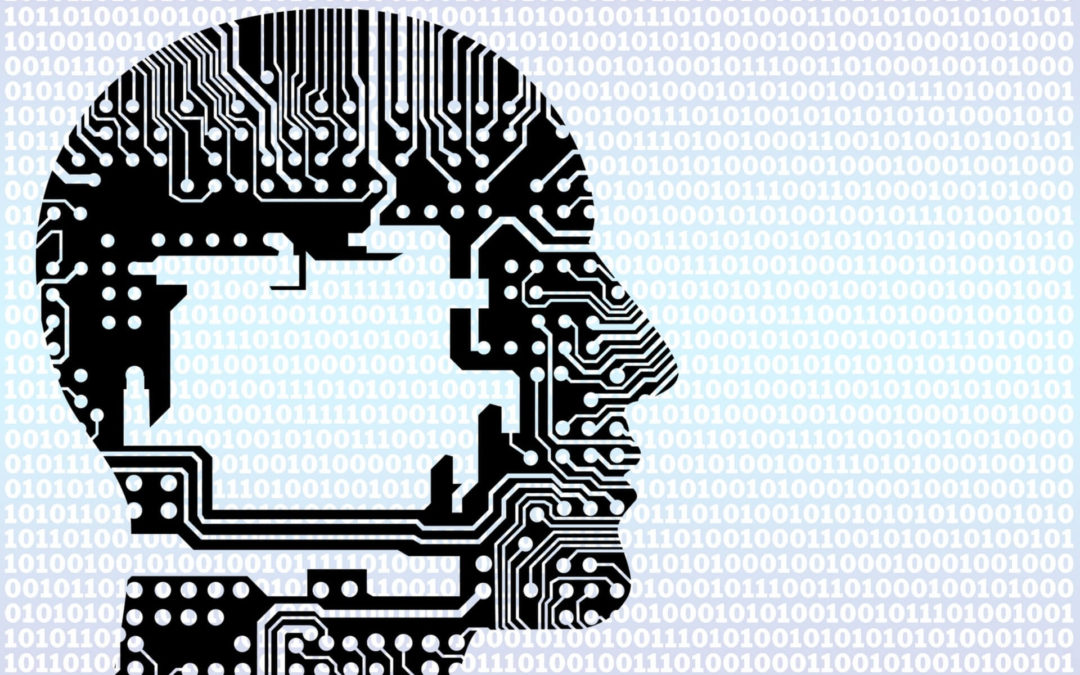 Machine translation has been used in the field of translation for many years with generally positive – but occasionally patchy – results. But now, with the continuing development of Artificial Intelligence, the technology has started to reach a level where, in some circumstances, it can be as accurate as a human translator.

So what does that mean for you if you want to communicate in another language? And what does it mean for the future of the professional human translator?

In this article, we’ll take a look at how AI and Neural Machine Translation (NMT) will aid communication and help millions of people to overcome language barriers.

Artificial Intelligence translation – what is it and how does it work

Before AI, automatic language translation required vast libraries of data to be used to train a computer in the way a human would translate a certain sentence. This was great for translation projects where there were many documents already written in both languages, but less useful for unusual language pairings and less widely-spoken languages.

But now Artificial Intelligence has been developed which can translate between languages without access to a dictionary. In fact, the machine learning approach which is currently being studied by at least two research projects in the field allows an AI to build its own bilingual dictionary without reference to how a human might do things or see as correct. In fact, the entire process is completely unsupervised (“unsupervised machine learning” is actually the correct technical term to use here), with the machine relying on the natural way phrases and terms in language cluster, largely because they need to relate to how the world works.
The machines being developed here learn by two methods:

Tests seem to show that this method is not yet on a par with Google Translate, but it has achieved stunning results considering that no human is involved in the “teaching” process.

Neural Machine Translation (NMT) first came about in 2013. The technology already appears to have surpassed what SMT can do. This is based on several studies and tests by various well-established researchers.

There are, however, several problems which researchers and developers working in NMT need to solve if the technology is to improve. Amongst them:

The growing role of Artificial Intelligence and language

Artificial Intelligence is going to play an increasingly larger role in the field of languages as time moves on. The use of virtual assistants is set to skyrocket, for instance, with AI being key to the voice recognition and speech functions of these devices. AI is also now able to learn new languages very quickly.
This latter is good news for the speakers of languages which have up until now not been a high priority for the sellers of these systems. Now that a machine can quickly learn Arabic or Urdu, for example, there are likely to be more products like virtual assistants sold to native speakers of those languages.

Let’s take a look at some of the other interesting new developments in the field:

Of course, it wouldn’t be a new field of technology without some sort of input from Google. In 2016, Google got into the NMT game with the imaginatively named Google Neural Machine Translation (GNMT).
Their system is example-based. This means that it looks at many millions of examples and learns from them in order to translate a text. The Google network translates whole sentences at a time and, instead of memorising the direct translation of each phrase, encodes a sentence’s semantic structure. It should, in theory, create more and more accurate translations as the system continues to learn.
Watch this space!

Delivering an almost identical output but through a different device, Google Pixel Buds bring the “Babel Fish” dream one step closer by putting the translation system (in this case earbuds linked to your Google Pixel 2 smartphone) actually in your ear.
The system translates near-simultaneously between 40 languages, much like the Google Translate app on Android and Apple’s iPhone.

The jury on this is still out in some ways, particularly as AI relates to translation and languages. But even though big names in the scientific field have warned of the dangers of unchecked Artificial Intelligence development, the huge profit in and benefits of AI mean that without some sort of world-altering event, continual progress will be a certainty.

That said, we’re not there yet. There is certainly nothing approaching Strong AI (a sentient machine) or Artificial General Intelligence (a machine which can apply it’s intelligence to many different fields rather than just one specific one) currently in existence. There’s also not much approaching human-level intelligence in most areas. For instance, in the field of languages, the best machine translation systems achieve results somewhere in the region of 80% as good as a skilled human translator.

WeChat is China’s most-used messaging app, with over 700 million users worldwide. The app’s developers, however, accidentally courted controversy in 2017 when the system’s automatic translation software translated the neutral phrase “black foreigner” as the n-word.

The situation, which involved a person commenting on the fact that their black colleague had just messaged them to say she was running late, led to the translation error because of how WeChat’s NMT system interpreted the patterns in the data it had thus far been presented with.

Somewhat horrifyingly, the slur seems to have been generated because, after analysing those patterns, the system concluded that the phrase “black foreigner” was likely to mean the n-word particularly after a negative opinion -such as lazy or late – had been expressed close by.

As of late 2017, all of Facebook’s automatic translations are handled by neural networks. This is great news because the system is undoubtedly a huge improvement over the previous one.
Unfortunately, the previous system had already created its fair share of potentially dangerous errors. Perhaps the worst of which happened to a Palestinian man who, having arrived at work on a sunny Autumn morning, posted a picture of himself sitting on his bulldozer ready to begin his day. The caption?
“Good morning” written in Arabic.
Sadly, Facebook’s software translated this as “attack them” or “hurt them” depending on whether the reader was having it outputted into Hebrew or English. The man was arrested on suspicion of planning terrorism, but luckily he was released reasonably quickly when the mistake was discovered.

Google’s new GNMT is already far ahead of what it’s old automatic translation software could achieve. That software, while impressive for the time, often had spotty results, especially with difficult language pairs. GNMT reduces errors by a whopping 60% and in some cases even gets close to achieving the same results that a professional human translator would.

But, that said, a machine – even the most advanced neural machine translation system – still can’t grasp the subtleties and nuance or incorporate the creativity that a human would. For instance, a human would know when a particular point needs to couched in a certain way to send the target audience the same message that a speaker of the original language would receive.

And, while Google’s new system is going to make day-to-day activities like quickly viewing a website or messaging a friend in a different language all the easier, even this advanced system cannot communicate with the understanding, insight or knowledge that a human can.

What do you think about the future of AI and Neural Machine Translation? Will it make translation agencies a thing of the past? Or will it just add another string to an agency’s bow?

Comment below to join the discussion on this interesting topic and make your prediction for the future!