A Guide to Business Etiquette in Asia: Vietnam 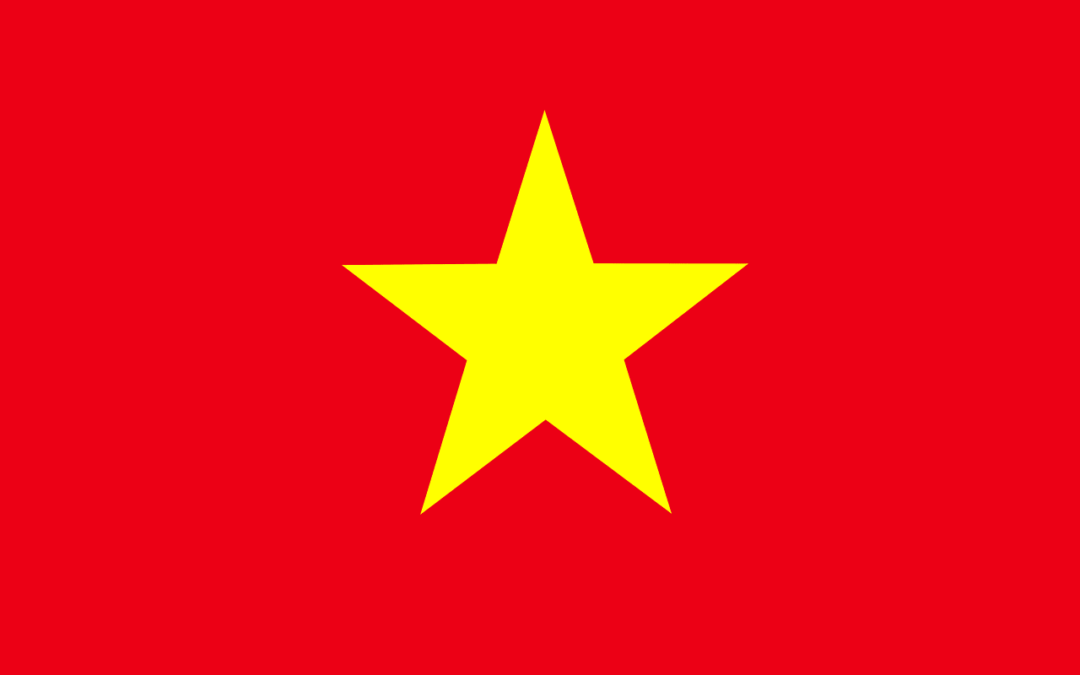 Though it often escapes notice in the wider world, Vietnam is, in fact, the 14th most populous country on the planet. It also forms a burgeoning market hungry for a whole variety of products and services.

First among these is the concept of “face”. This can best be thought of as an individual’s personal dignity or reputation. You should never act in a way which causes you or someone else to lose face. Unless that is, you never want to work with that person again. Actions such as forcing someone to admit they were wrong or aggressively arguing with someone, especially in front of others, may cause you or the other person involved to lose face.

Secondly, it’s important to understand that many Confucian ideas are present in everyday Vietnamese society. For one, family relationships and relationships between people in general are highly valued and valuable.

There’s also a strong feeling of national pride evident in most Vietnamese people. This is not usually too overt, but ignore local history and traditions at your peril. It’s disrespectful anywhere, of course, but a particularly bad faux pas here because of the Vietnam War – known as the Resistance War Against America in some parts of the country – being such a recent societal memory.

A skilled interpreter or local partner can help you show respect for this history. For example, you might wish to refer to Ho Chi Minh City by its former name of Saigon if you’re doing business in the local area. Ho Chi Minh City was the name imposed on what was the capital of South Vietnam (the “side” in the Vietnam War supported by the United States, which eventually lost) by the Hanoi government, and was by no means a universally popular move locally. Communication and speaking English when doing business in Vietnam.Speaking English in Vietnam is not something you will be able to get by with when it comes to doing business effectively. You will almost certainly need an interpreter and most likely a translator for official documents too. While you’re hiring Vietnamese language professionals, it’s worth making sure that your interpreter is fully conversant with business culture in Vietnam. In this way, you always have on-point advice on hand.

When you have an interpreter on your side, things get a lot easier. It is, however, still important to remember that in terms of general communication a Vietnamese person will almost always attempt to avoid any sort of conflict.

This can lead to some truly bizarre situations where “yes” means “no” and polite protestations that there will be no difficulty means that there’s actually a deep underlying problem. Again, having a local interpreter or business partner will help smooth the way here. But you should always check any promises or commitments made to you. And then possibly check them again.

Conversely, you should never make promises that you cannot keep. While a Vietnamese person may know the rules and be able to back out of agreements politely, failing to a keep promises you yourself have made is an easy way to lose face. If you say you’re going to do something, be sure to do it. Body language and professional greetings in Vietnamese business culture.There are a relatively large number of rules relating to greeting someone in Vietnamese business culture. These include:

Introduce your team in order of seniority speaking to the eldest member of your counterpart team first.

Always use a person’s formal title as well as their surname when greeting them for the first time. Remember that name order in Vietnam is last, middle, first.

Shake hands and give a slight bow both when saying hello and goodbye, again to the eldest member of the other group first. Exceptions to this include:

Remember the importance of family

Don’t be surprised if a person’s relationship to the family is explained as part of their introduction (remember – respect for the family is a key part of Vietnamese society). It can be a nice touch if you can reciprocate thanks to any familial connections amongst your own delegation.

Business cards are exchanged upon the first meeting (be sure to treat these with the same respect you would in China, Japan or Hong Kong – receive them with both hands, never write on them or place them in a back pocket, read them before putting them carefully away, etc.).

Do make sure that you have one side of your business card written in Vietnamese and the other in English.

You might also consider learning to say “hello” and a few other polite phrases in Vietnamese. This can be a little harder than it sounds though. Vietnamese is a tonal language, meaning that one phrase can have several different meanings depending on the tone which is used to pronounce it.

“Xin chao” – “hello” in Vietnamese” – actually has five other meanings. Being able to pronounce it correctly would be a point in your favour though. The importance of getting to know you.A Vietnamese person is much more likely to want to do business with you if they know you a little bit. They’ll be even more inclined if they know you well and actually trust you.

This makes building relationships with your prospective local partners and contacts very important. Don’t be surprised if initial business meetings include a lot more small talk than actual work. It’s all about getting to know a little bit about you outside of the immediate professional environment. Family life, in particular, is something that your Vietnamese counterparts might inquire about.

Only after you get to know someone a little will you be able to politely move onto business. This will almost certainly be at a subsequent meeting. Conservatism and dress code.Fairly standard formal dress is expected during business meetings – suits for both men and women, or conservative skirts and blouses as a woman should you prefer. In general, when in Vietnam both sexes, but women in particular, should try to dress conservatively when in a formal setting. Those who prefer heavier makeup might wish to consider reducing it, as there is a linkage with prostitution. In the southern part of Vietnam, you might find that this formality is a little more relaxed. Here, suit jackets are not always in evidence.

In regards to sexual discrimination, in most major Vietnamese cities this is about as common as it is elsewhere in the “western” world. In more rural areas there is still likely to be a heavy weighting towards having men in positions of authority. That said, if you are a businesswoman intending to meet a Vietnamese man for a working dinner it has been suggested that a public venue is advisable to maintain appearances of modesty. The reverse is likely entirely true too. Vietnamese business etiquette in meetings, punctuality and flexibility.You’ll want to plan your business meetings in Vietnam well in advance. Punctuality is seen as very desirable here but you’ll find ready forgiveness if you are delayed by circumstances beyond your control, such as heavy traffic.

During the meeting itself, you’ll want to remember your pointers on greetings listed above and also the concepts of both hierarchy and face. The former means things like allowing the eldest member of your counterpart’s team to enter the room first. The latter can find business meetings occasionally being rather silent for large fragment of time – this may be because someone wishes to disagree with a point which is being raised but can’t lest they cause someone to lose face. Corruption and official procedure.Sadly, corruption still plays a significant role in doing business in Vietnam. This can add small costs in almost all areas of your business, from securing licenses – you’ll notice there’s often a lot of bureaucratic red tape to get through – to occasional unexpected small “fines” which were not previously present.

This is not strictly a part of business etiquette in Vietnam, but it’s certainly worth being aware of the fairly systemic presence of corruption if you’re planning on trading there. For starters, it can actually have an effect on certain matters of etiquette. For instance, the gift giving which is such an important part of business culture in some other Asian countries, while also a common practice in Vietnam, can occasionally lead to some misunderstanding. Is that a gift? Or is that a bribe?

If you don’t have a local advisor to help you, it might be a good idea to wait until your prospective Vietnamese business partner offers a gift first. You should, of course, be prepared to reciprocate. Small gifts are the norm, usually presented after a meeting or meal is concluded. Try to keep it small and inexpensive. The most value will be placed on items with your company logo on or a typical national gift or item from your home country. Networking and communal decision making.If you’re used to doing business in Asia, you may be familiar with the general practice of creating personal networks of contacts. You might be surprised to find then that in Vietnam this practice doesn’t have the same prominence.

In fact, despite the need to respect individual senior figures, there’s a strong preference for communal decision making in Vietnamese business culture. Final decisions will likely only be made after a true consensus has been reached. This can lead to long discussions before you get a verdict on a particular deal or idea. It’s important not to try and rush things or be overly concerned by this.

When the final decision is made, however, it can be a very satisfying event. There’s something to be said for a getting a literal stamp of approval on a contract. The traditional chop (a hand-inked stamp) is still very much a part of doing business in Vietnam.