Carnivals Around the World – Brazil, Italy, and Near You! 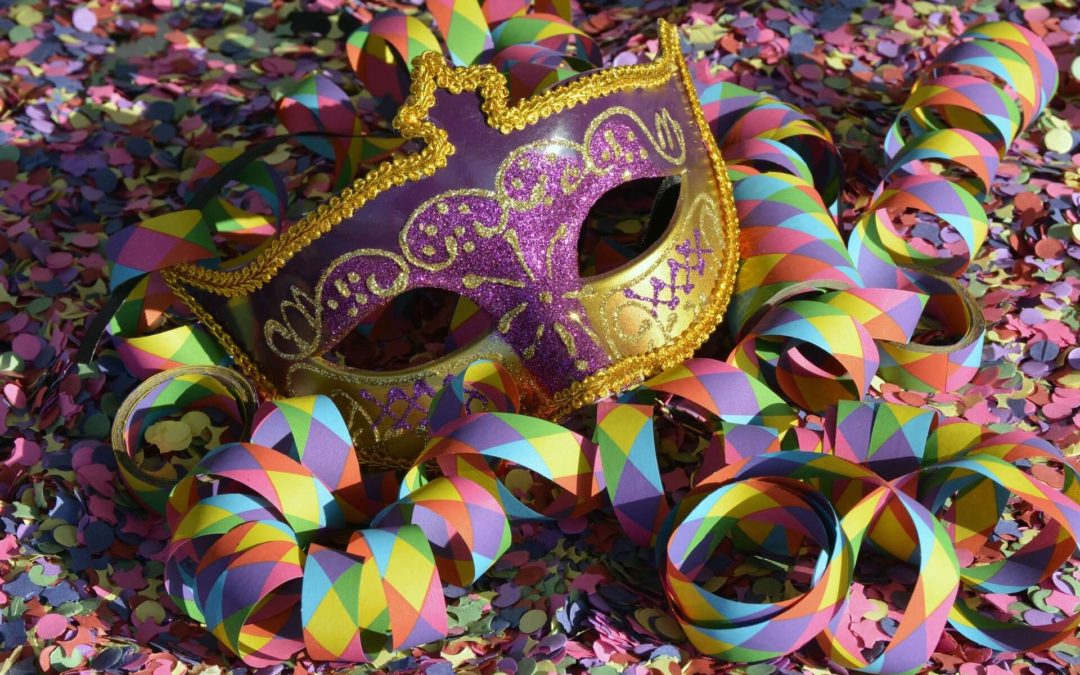 Colourful floats. Dancers. Big bands and big music. Partying in the streets until the early hours.

Whether you know it as Carnevale, carnival or Mardi Gras, the period traditionally leading up to Christian Lent is a festival time in many parts of the world. It’s become a popular event for people all around the globe to take part in – and something which simply has to be experienced if you have the opportunity.

The reason for the festival’s popularity can probably be summed up in one traditional Italian phrase: “Carnevale ogni scherzo vale“…

Anything goes at Carnevale.

In this article, we’ll learn about the origins of carnival before we take a look at some of the best places in the world to celebrate it!

The origins of carnival – the Carnevale Festivals in Italy

Etymologically, the word “carnival” comes from the Latin carn, meaning “flesh”, much the same as “carnivore”. Specifically, this refers to the red meat which was traditionally not eaten in the period between Ash Wednesday and Easter. Thus, “carnival” means a “farewell to meat”.

As with many festivals in Europe, the origin of carnival lies with pagan traditions which were adapted to make the Christian faith fit in with existing European ways of life. In this case, the people of Italy were used to holding various celebrations at this time of year. So, Italian Catholics soon started having one last huge party before Lent (the traditional Christian period of fasting or sacrifice of luxuries before Easter).

The biggest carnival celebrations in Italy these days are in Venice, Viareggio, and Cento:

The carnival tradition soon spread to France, Spain and Portugal, and from thence to the colonies which those nations built in other parts of the world, including the Caribbean…

And it’s in the Caribbean and many of the surrounding areas where the carnival tradition has really taken off. For many of the nations here, carnival season is their main tourist season. People from every corner of the Earth come to witness the spectacle and join in the brightly-coloured festivities.

So where is the best place in the world to celebrate carnival?

Some of the best carnivals in the world can be found in, in no particular order:

5) St. Vincent and the Grenadines

As well as being an amazing place to go sailing, St. Vincent and the Grenadines – situated a little north of Trinidad and Tobago – holds a brilliant carnival festival, known locally as Vincy Mas, every year between June and July.

Vincy Mas features performances with steel drums and calypso music as well as the Mardi Gras and J’Ouvert street parades. These are a stunning riot of colour – not to be missed.

Asian Absolute has it’s Americas headquarters here, so the local office team is more than a little familiar with carnivals in Panama City. These tend to be slightly more relaxed than other similar celebrations in the region… but that’s not saying much!

You should still expect plenty of dancing, drinking and a whole lot of masked faces and costumes for the 96 hours or so which the festival lasts for. It’s worth noting that February is the dry season in Panama. So the fact that the festival tends to include a lot of water balloons being thrown – as well as huge 18-wheel tanker trucks spraying the crowd with water – is a definite plus too!

Goa gained its carnival tradition from Portugal, as they were its colonial rulers from the 16th century (the time when Spain and Portugal were the predominant colonial powers) until the latter half of the 20th century.

In modern times, as well as the traditional Portuguese guitar music, there’s a distinctly Indian vibe making itself known. You’re just as likely to find Hindus in the crowd setting off fireworks to wake the Gods as you are Christians having their last big night before Lent. The festival celebrates all of the culture and cuisine which Goa has to offer, making it a fantastic tourist destination visited by millions of people every year.

The festival frequently continues around the clock with bands, dancers, parades, costumes and the general pursuit of hedonism! If you’re planning to go to Goa in carnival season, it’s best to book in advance.

New Orleans Mardi Gras has achieved the status of worldwide fame. Remember though, that technically carnival and Mardi Gras are two different things.

For New Orleans natives, Mardi Gras is a normal part of the year. Here, carnival season begins with the Feast of the Epiphany on the 6th January and is celebrated as part of local private clubs or “Krewes” who put on all the events of the carnival season. Each Krewe will hold a ball, which is generally by invitation only, to start the season off.

Some of these Krewes – “the old line” – have proud traditions which go back as far as the 1800s and will elect a king and queen for that year from amongst their “royalty”. More modern, larger groups have come to be called “Super Krewes”. These have much larger but less select memberships and will generally throw consequently larger parties and parades because of their expanded numbers. Super Krewes tend to have celebrity “royalty.”

Each Krewe’s parade will pass through one of the city’s streets – most famously St. Charles Avenue – heading towards the Central Business District. As they pass, the riders on each parade float will throw items to the crowd. The throws tend to be Mardi Gras beads, but you can also find yourself reaching out to catch plastic cups and doubloons (coins) as well as the unique items traditionally made by certain Krewes.

New Orleans Mardi Gras has a somewhat unfair association with not being family-friendly. You’ll find that this is certainly true if you venture onto Bourbon Street in the famous French Quarter, but along the parade routes – in one section of St. Charles Avenue in particular – you’ll find plenty of places suitable for young children.

Much like Goa, Brazil can trace the origin of its carnival celebrations to Portuguese colonialism. But, also like Goa, it truly owes the character of its modern festival to the culture and traditions of the local people. In Brazil’s case, this means the African former slaves and descendants of slaves who were freed after the practice was abolished there in the late 1800s.

One of the most incredible parts of the Rio de Janeiro carnival is seeing more than seventy of the local samba schools do battle with each other in the streets. These incredibly timed, choreographed performances go on for well over an hour apiece. The biggest of the bands go on to perform in the Sambadrome, Rio’s unique Carnival Stadium, watched inside by 90 000 cheering party-goers!

They don’t call Rio de Janeiro the Cidade Maravilhosa – “the Marvellous City” – for nothing.

Where to celebrate carnival

With so many great places to celebrate carnival in the world, you can be forgiven for finding it hard to choose the best! But one thing’s for sure – if you have the capability and you’ve never been, it’s time to try it. Because remember…

Anything goes at Carnevale.

Have you celebrated carnival? Perhaps in a part of the world we’ve failed to highlight here?

Add your recommendation below and we might just combine the best suggestions into our article!