The New Kazakhstan Alphabet – What Does it Mean? 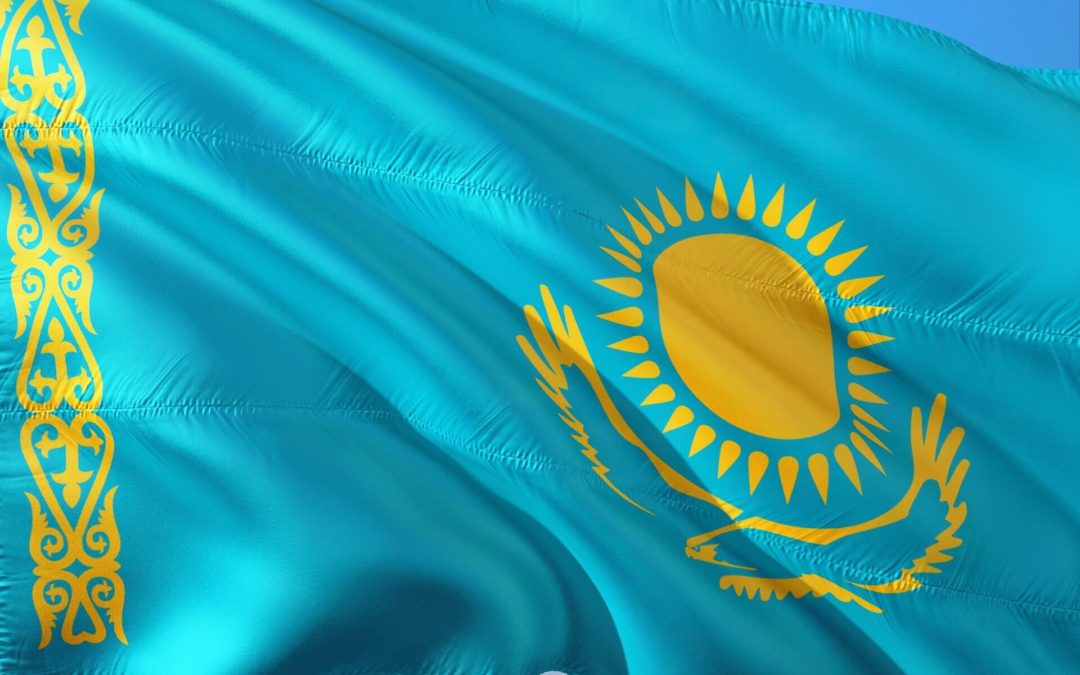 Nursultan Nazarbayev, the President of Kazakhstan, announced in November 2017 that the country will be changing its official alphabet from a Cyrillic script to a Latin one.

This new Kazakh Latin alphabet is an attempt by President Nazarbayev – and his newly formed National Commission for the Modernisation of Society – to do exactly that; modernise the country. It’s also a move designed to draw an even deeper line under many years of Soviet rule and to bring Kazakhstan closer to the wider international community.

But the move isn’t without controversy. Apart from the larger geopolitical concerns, the president has recently decreed that the original plans for the Latin script suggested by the country’s leading linguists will, in fact, be amended:

Instead of the Turkish-inspired system recommended by the country’s language specialists, the system will instead rely on a series of apostrophes. This has led to a certain amount of scepticism from various groups…

In this article, we’ll take a look at the Kazakh language’s origins and development, the other Kazakh alphabet changes which have taken place in the 100 years and look at the suggested modern changes and what they mean for the people who use this language in their daily lives.

Kazakh is the official language of the Republic of Kazakhstan. It is also an official minority language in specific parts of mainland China (the Ili Kazakh Autonomous Prefecture in Xinjiang to be exact) and Mongolia (in the Bayan-Ölgii Province). It’s estimated that there around 15 million native speakers worldwide, including some ethnic Kazakhs still living in other parts of the former Soviet Union.

Originally, the language – which is part of the Turkic family – had no written script though early examples of runic records have been discovered. This is largely due to the fact that the Kazakh people were originally nomadic and had no need of much of a written language. Because of this, most scripts which were and are used to transcribe Kazakh have required some alteration in order to do so. The current Cyrillic script, for example, has 9 Kazakh characters on top of the 33 Russian ones.

For many years, the prominence of the Kazakh language in the country was eclipsed by the influence of the Soviet Union. The USSR broadly acted to suppress or sideline the various nationalisms present within its territory. Or, in some cases, it attempted to use them to promote ties to the central national culture. In the case of Kazakhstan, this meant promoting Russian bilingualism and Cyrillic script for transcribing the Kazakh language rather than allowing any groups to form ties along Turkic lines outside of those to the central Soviet culture.

Recently, however, Kazakh and the idea of internationalism have been growing in prominence while the presence of Russian has slowly started to be eroded. For instance:

Kazakhstan is a multilingual country

But make no bones about it, Kazakhstan is a multilingual country. Not only do many people – not only the ethnic Russians which still make up a large portion of the population – speak Russian as part of their daily lives, there are in fact more than 100 other languages spoken by the around 18.2 million people which form the country’s population.

Kazakhstan changes its language for the third time in 100 years

As related, Kazakh is a Turkic language developed by a nomadic people who did not have their own alphabet. This made writing it down something of a challenge. Arabic was the alphabet of choice to do so for many hundreds of years, mainly because Islam was the majority religion practised by most of the Kazakh population.

Then, in the early 1900s – following the Russian Revolution of 1917 – the Latin alphabet was adopted in the country as this was favoured by the Bolshevik leaders. But by the late 1930s, fearing that elements among the Kazakhstani people might join a growing pan-Turkic nationalist movement within the Soviet Union – and that sharing a separate language might promote ties of identity outside of those to the state – it was ordered that all Turkic languages should be written in a slightly altered version of Cyrillic script.

After the end of the Soviet Union, many other former Soviet republics which used a Turkic script, such as Turkmenistan, Azerbaijan and Uzbekistan, switched to using other scripts with varying degrees of alacrity. The problem in Kazakhstan was that some 40% of the population at that time identified as ethnic Russians.

The modern-day return to a Latin-like alphabet has faced far less opposition because that segment of the population currently only accounts for some 20% of the total.

Apostrophes in the new Kazakh alphabet

The new Kazakh alphabet proposed by the country’s top linguists was to follow a system much like the Turkish one, which includes a variety of phonetic markers. President Nazarbayev however, appears to have almost unilaterally decided that his own system – which relies entirely upon apostrophes – will be the one actually instituted.

In addition to the 26 letters of the Roman alphabet, there will be six additional characters to represent uniquely Kazakh sounds which other languages do not have. This sounds simple, but various expert commentators have described the president’s proposed system as “ugly” and “confusing”.

Table of the Latin alphabet for the Kazakh language, according to decree #569 of the President of Kazakhstan of 26 October 2017

As a system which alters the way people use language imposed from above, the proposed changes to Kazakh are a form of language planning. But what is this exactly?

What does language planning mean?

Also known as language cultivation, language planning actually refers to a much more everyday-level kind of activity than it sounds. Especially when it’s being applied to such a huge shift in the way millions of people will use their own language!

In fact, any time a person or group intentionally uses their authority to change the way language is used, that is an example of language planning. This can mean anything from how your boss tells you to talk to customers (or how you control customer interaction as an employer) to how parents or teachers tell their charges to speak – mind your Ps and Qs!

Some other examples of state-scale language planning have included:

1) Preventing Anglicisation of the French language

The Académie Française is France’s arbiter of correct French vocabulary, usage and grammar. In recent years, growing use of loanwords amongst media outlets has the Académie concerned that French might be coming Anglicised. They have various recommendations in place to control this.

The German orthography reform of 1996 was designed to make German easier to learn by simplifying spelling and punctuation. It was agreed by the majority of the German-speaking countries in Europe – Germany, Austria, Liechtenstein and Switzerland – but suffered a significant backlash from many quarters. This prompted the Federal Constitutional Court of Germany to rule that it was not obligatory only a couple of years later. The most unpopular changes were completely rolled back in 2006.

Specifically relating to written Norwegian, the Norwegian language conflict is a subject of ongoing debate and controversy in various circles within the country. To understand why you need to know a little about the history of the controversy:

Between 1536 and 1814, Denmark and Norway were effectively one country – the United Kingdoms of Denmark and Norway. Danish was the official language and many members of the Norwegian nobility spoke so-called Dansk-Norsk, a sort of hybrid language.

Several decades after the two countries separated, various linguists collected samples of the original Norwegian language to build dictionaries and grammars of the language as it was still spoken in some of the more isolated areas of the country.

These two “versions” were both ruled to be official some years later. Dansk-Norsk would become known as Bokmål, meaning “book language”, while the version based on the surviving Norwegian dialects would be called Nynorsk.

Over time, both of these have developed until there are is something of a range of dialects in common usage. Various government-led initiatives to amalgamate the two versions into one language have met with almost universal resistance. This goes to show that not all language planning works – even if the Norwegian language conflict is where the term actually originates!

So is the change to the Kazakh language welcomed by all?

Not exactly. Though it is seen in many circles as a sign that Kazakhstan is finally throwing off more of the trappings of being part of the Soviet Union and a positive step for a country which wants to play a larger part in the global community, there have been some detractors. For example:

But with the proposed changes not due to be finalised until 2025 – and also said to be not set in stone by sources close to the president – perhaps further changes in this act of language planning may still surface.

Do you have a point to make about the new Kazakh Latin alphabet?

Start the discussion below and talk to other linguists about language planning and the changes it’s likely to bring for the Kazakhstan of the future.