Is There a Difference between North and South Korean Language? 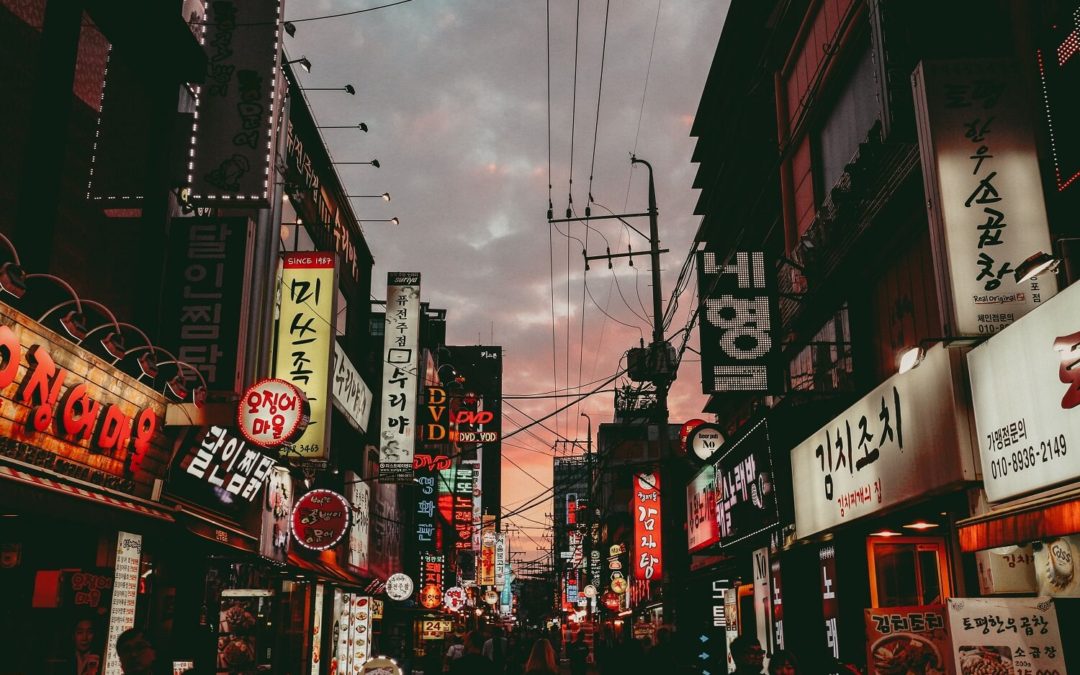 The border between North and South Korea is one of the most heavily fortified in the world. A combined force of more than two million troops keeps the border – which divides the Korean peninsula roughly in half – inviolable.

But despite the huge variance in ideology, economy and daily life between the two countries, is there a difference between North and South Korean language?

In this article, we’ll find out. We’ll take a look at just how different North and South Korea are and lead on to examining how the language they use has diverged over time. One peninsula, two countries The Democratic People’s Republic of Korea (that’s North Korea) and the Republic of Korea (South Korea) have been separated for 70 years. That’s a long time for two countries to evolve in different ways.

If you are looking for Korean language translation services, you’ve come to the right place. Asian Absolute is a translation agency that can help you. Read more about our services here.

The start of the split

The split came right at the end of World War II. Japan had occupied much of the Korean peninsula during the war and the years leading up to it. When the Japanese surrendered and evacuated from the peninsula, the two closest Allied Powers – Soviet Russia and the United States – chose to split Korea in half. This was done mainly for reasons of expediency, with the expected resolution being that a Korean government would be formed to take over in the near future.

But the reunification of the country under its own control never came. The deep, rapidly developing ideological divide between the two emerging superpowers made it impossible for either to – in the eyes of Moscow and Washington – give ground to the other.

A few years later, tensions on the peninsula came to a head. The Korean War of 1950-53 was fought between the North and the South. But as one of the many proxy wars contested by the US and Soviet Russia during the Cold War, significant foreign intervention took place. The Armistice Agreement which ended the war set up a new demilitarised zone between the two nations.

The land in between the two nations of the Korean peninsula is known as the DMZ or Demilitarised Zone. It is one of the most heavily militarised borders on earth, with close to two million troops, minefields, artillery and barbed wire fences marking a clear line around 4 kilometres wide between where one Korea starts and the other ends. How different are North and South Korea? These days, the differences between the two countries are vast.

The Republic of Korea

South Korea has taken the idea of capitalism and really gone to town! It enjoys trade with nations around the globe and creates a huge wealth of entertainment, including films, video games and music, which it exports to people across South-East Asia and the wider world.

“K-pop” – South Korean popular music – in particular has found fame and fans far beyond its origin country. Undoubtedly the most famous example of this, as of 2018, is South Korean artist Psy’s Gangnam Style. This is a song which, despite featuring a ridiculous (yet very fun) dance routine with the artist himself seemingly riding an invisible horse, actually masks a cultural critique of the lifestyle lived by a certain ultra-rich set of people within the eponymous district of Seoul.

Like any country, South Korea isn’t perfect – for instance, it does have political prisoners and is rated quite highly in terms of corruption against many other nations – but, compared to its sibling across the border, it is remarkably open.

The Democratic People’s Republic of Korea

While South Korea continues to reach outwards, North Korea is, in stark contrast, deeply isolationist. So much so, that many observers have struggled to determine what goes on inside the nation’s borders. Tourism is strictly controlled. North Korea is not linked to the world wide web and much of the country does not even have functioning electricity. All media is state-run, enabling the ruling Kim family to feed bizarre (to the outside viewer) misinformation relating to the contributions and achievements of North Korea in general, and the Kim family in particular. For example:

Needless to say, this is only possible because the government regulates a truly stunning amount of North Korean daily life. Everything from fashion and haircuts to reading material and choice of music is restricted.

But this regulation has not assisted the nation’s rulers in building a country which can feed its people. North Korea has become increasingly impoverished over time, with much of its population showing signs of malnourishment.

As a quick way to get an idea of some of the very real differences between the countries, The Guardian compiled some figures on South Korea and North Korea. A brief snapshot of these is pretty illustrative as the countries are of a similar geographic size:

There are still, however, some similarities to be found amongst North and South Koreans. These tend to be traditions such as the cultural celebrations around the New Year, the festival for the first new moon of the new year (Daeboreum) and Thanksgiving Day. There are also many traditional foodstuffs which remain the same, such as rice-cake soup (Ddukguk), served by Korean families on both sides of the DMZ on New Year’s Day.

On a sadder note, both countries also struggle with what could almost be termed a suicide epidemic. Given the huge disparity between living conditions, explanations for why this shared phenomenon exists continue to be found wanting. Is there a difference between North and South Korean language? In modern times there are clear differences between North and South Korean language. Some words are pronounced differently but still spelled the same. Others have diverged in both spelling and pronunciation. The vocabulary has also begun to greatly diverge.

Some of these changes are directly due to the political circumstances which differentiate the Republic and the Democratic People’s Republic. Perhaps the best example of this is the word for “friend”:

The original Korean word for friend – dongmu (동무)  – used by Koreans all over the peninsula before World War II, eventually became politicised as the North Korean equivalent of the Soviet communist “comrade”. Thus, the South began to use alternatives. Chin-gu (친구)  or beot (벗) are now how you would be most likely to refer to someone as your friend if you live in South Korea.

But many technical aspects of the language remain the same. Get Korean translation services from Asian Absolute Do North and South Koreans understand each other? In short, yes. In the main. Close to eighty years might be a long time for ways of life to start differing wildly. However, when it comes to languages, that’s not really long enough for two branches of the same tongue to become completely unintelligible.

That said, while the language may not have changed to a huge degree in a technical sense, the dramatically different ways in which the People’s Republic and Democratic People’s Republic have evolved have certainly heavily impacted the way they understand each other. For instance:

Contact with the outside world has led to the adoption of a huge array of English loanwords into the language spoken by South Koreans. While the isolated North has very few of these indeed – to the point where some of the long-format descriptions of (usually) pieces of modern technology are incredibly cumbersome – some observers have spotted that several Chinese and Russian loanwords have entered the North Korean lexicon.

Some words, while remaining the same, may now have very different meanings depending on where the speaker is from. For example, mije (미제) means “made in America” in one Korea and “American imperialist” in the other. You can probably guess which Korea is which by this point.

But even simple daily phrases have diverged from what speakers on either side of the border understand them to mean. This can lead to serious misunderstandings at even a basic level of conversation. For instance, a South Korean asking a North Korean how they’re doing might be answered with “ilupsopneda“. This a neutral response in North Korea: “How are you doing?” “I’m okay.” In the South?

It’s the equivalent of “mind your own business.” Get Korean interpreting services from Asian Absolute South Korean-North Korean translator This wild idiomatic variance is a real problem for North Korean defectors to the South or anyone else seeking to understand the “other” Korean. In some cases, they are speaking the exact same language. But the ideas behind what the words represent are different.

A joint dictionary is in the process of being compiled and there is a rather brilliant app called Univoca which is specifically designed to help North Korean students who have defected to learn the South Korean words they will need in school.

The app is not yet perfect. But like the prospect of North-South reunification itself, any efforts by one side to understand the other may take a great deal of time and effort, but may eventually be of huge benefit to all.

Are you an expert in the differences between North and South Korean language? Or do you think there are really more similarities that are worth mentioning?

Join the conversation below and add your knowledge to the discussion.