A Guide to Business Etiquette in Asia: India 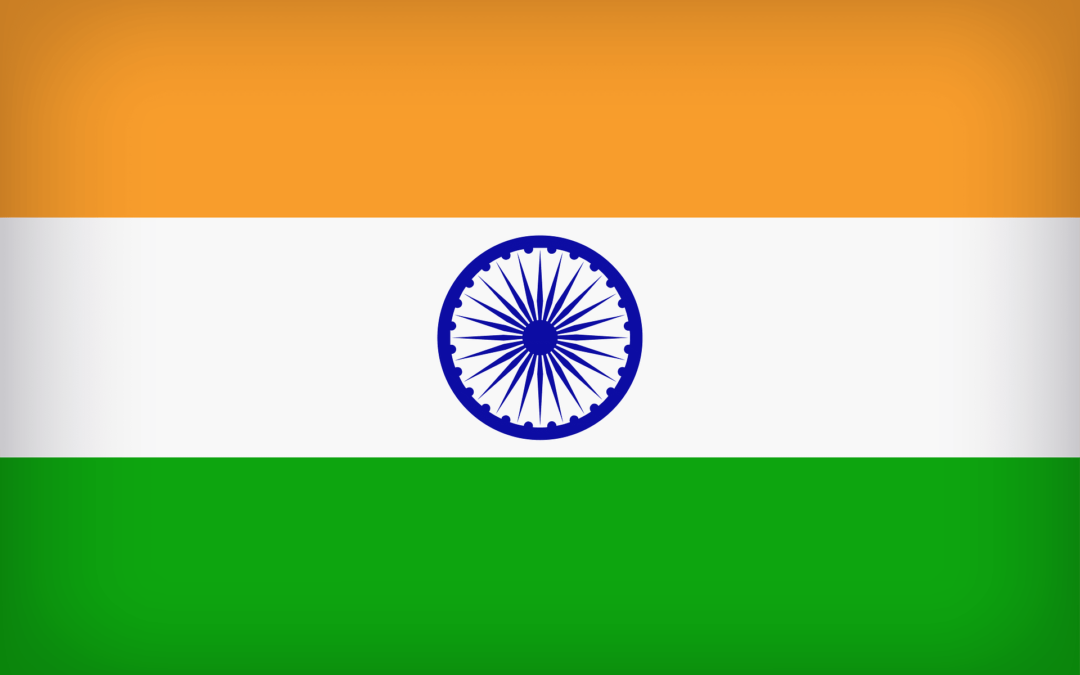 Emerging markets are starting to snatch a larger piece of the global trade pie. Most people think of China when they picture the economic powerhouses of the future. But India is a country of 1.2 billion people.

It has a powerful pool of talent and willing workers which could soon see it catching up with its Far Eastern competitor. What’s more, the ease of doing business in India has also improved greatly in recent years.

Yet Indian business etiquette requires you to have an understanding of the complexities of Indian society. You also need to get to grips with how negotiation works here – as well as the importance of family, trust, seniority and respect.

In this article, that’s exactly what we’ll look at.

India is large and complex – think about the big picture.Let’s get this out of the way first: India is big. Really big.

If you’re already used to doing business in China, you’ll know that remembering there are many “Chinas” within China is the best way to consider the market conceptually.

Similarly, it’s probably best to mentally picture the reality behind the common phrase “Indian subcontinent” when you’re considering the Republic of India. It’s definitely better than thinking of India as a single monolithic country with a single universal culture.

Because make no mistake, India is an exciting, diverse and varied place. It has a massive amount of cultural, religious, linguistic and identity pluralism. Laws can vary across such a huge area, as can pretty much every other aspect of life and business.

This makes it very important not to rely on sweeping generalisations when you’re considering doing business in India. One part is not, necessarily, the same as another. Indian society and the importance of family.Once upon a time, India had a true caste-based system. You were born into your caste and this placed strict limitations on the way you could interact with members of other castes – as well as on your potential social mobility.

In the past half a century though, various laws have come into effect opening up Indian society. This is particularly true in the field of business, where leading companies have long been successfully interacting with their foreign counterparts.

The family has always had pride of place in Indian society. Families tend to be patriarchal, with one father-figure presiding over several generations. It wouldn’t be completely ridiculous to say that a similar system can be seen amongst the organisation of many Indian companies:

Senior figures will have the final say in most decisions. Junior figures do not take the initiative in the way which some European or American companies might allow. Most smaller Indian businesses will also prefer to be family-run, family-owned and employ family members before others. Indian business culture, punctuality and planning your trip.Once again, it’s important to remember that India is a hugely diverse place. Any guide to Indian business culture will necessarily have to make some generalisations about a country with a population of over 1.2 billion people!

That said, there are several broad observations which it’s useful to bear in mind:

Setting the date of your meeting

It’s always best to give yourself plenty of advance time to set up a business meeting in India. Expect there to be some changes to what you’ve agreed on a fairly regular basis too – even possibly very late in the day after your arrival in-country.

Giving your potential partner plenty of heads-up time is also a good idea because of the number of local and national holidays. These vary by region and even by year, so don’t expect one date to necessarily remain a good choice on an annual basis.

For instance, the most famous Hindu festival – Diwali, the festival of lights – lasts for five days somewhere between mid-October and mid-November. India’s Jains also celebrate their own Diwali, so don’t get the two confused.

Working with a local partner who understands specific local customs can ease your way here.

Punctuality is expected, especially if your prospective partner is used to doing business with non-domestic companies. Do make sure to give yourself plenty of leeway when it comes to journey time in order to accomplish this. Some of India’s largest cities, such as Mumbai, have particularly heavy traffic. If you’re going to be late, it’s only polite to call ahead.

Don’t be surprised, however, if there are still some delays to the start or end of your meeting. There may also be interruptions during the proceedings, so do prepare yourself.

Working to set deadlines is a matter of habit and necessity in most of Europe and the “West”. Conversely, an Indian company may regard a set deadline as being a rather inflexible way of operating.

On the other hand, if you present a UK business or businessperson with a short notice assignment they aren’t likely to take it too kindly. An Indian professional though, is far less likely to be bothered by it. Indian business etiquette tips for your first meeting.A skilled interpreter will help you prepare for your first business meeting in India. Whether you have local support or not, you might also find these general tips helpful:

If you’ve visited before, you’ll find it easy to remember how hot India can get – but also how much that can change between seasons. Northern India, where Delhi is situated, can get very cold indeed in the winter months. Likewise, air conditioning temperatures may be set very low to offset the sometimes overwhelming heat. Don’t forget to bring something warm, just in case. The importance of building relationships.Even more than in most places around the world, building a relationship with your business partners is simply the way it’s done in India. You want your partners to trust you – and they are unlikely to proceed with any serious deals until they do. Data and statistics will get you in. But it’s only by building that relationship that you’ll get anywhere.

Put in the effort and get to know your Indian counterparts. Asking about their family is generally safe ground when it comes to small talk and will usually be appreciated and reciprocated. Indian cultural history and civilisation – this is ancient and very interesting if you like this sort of thing – is also something that most Indian people will be happy to chat about.

Conversely, asking about the country’s issues with poverty or the India-Pakistan relationship is unlikely to lead a pleasant conversation. Religion is also probably a subject to avoid. Not because of any intolerance, but because the issue is often complicated or personal.

When first seeking a relationship, arranging an introduction by a third party or mutual friend is very desirable. This can be the start of a solid base of trust. The spoken languages of India.English and Hindi are the main languages of the Republic of India. English is, if not the official language of business, then at least widely used throughout most parts of the country. It’s also a feature of most political discussion and educational institutions, a legacy of British colonial rule. This means that if your business cards are in English, you probably won’t need to have a translated version – but it’s always best to ask an expert just in case.

Because it’s worth remembering that there are more than 21 other languages recognised by the Indian Constitution. These include the important Assamese, Bengali, Gujarati, Kannada, Malayalam, Marathi, Odia, Punjabi, Tamil, Telugu and Urdu. There are also more than 1500 other languages spoken across the country.

In the north and central parts of India, some of the government’s efforts to make Hindi a sort of national language have been relatively successful. However, this has been resisted in large parts of the south for fears that traditional languages will be swept away. You’re more likely to hear English as a lingua franca if you’re in the south. Written languages.Modern Standard Hindi is the de facto script of the Indian business world, as well as being used officially by most departments of government.

While it may look completely different to most European languages because of being written in the Devanagari script, interestingly it comes from the same Indo-European root family as English or German. It’s read in the same left-to-right way and you can also have it transliterated into a Latin script for easier pronunciation.

It’s worth noting that there are many regional variations and dialects of Hindi as well as the official standard version. Most of these are mutually intelligible, but it’s always worth checking with someone who knows when translating your marketing collateral, for instance. The language of business, negotiation and body language.The Indian art of negotiation is a special one. Don’t expect rapid decisions. You could be in for a long, thoughtful process. Try to accept this and do not attempt to force a rapid conclusion. It’s more than likely to put your prospective partner off altogether.

You should also be aware during negotiations that:

The art of saying “no”

One final point relates to the general Indian cultural aversion to saying “no”. You won’t find many people who are willing to give a firm negative response to any query.
Listen out for phrases like:

Any of these may indicate that the response is actually a “no”, but the person you are speaking to is too polite to say it directly to your face. Generally, there is a perception that a negative response is offensive and should be avoided.

You shouldn’t ever try to get a real “no” out of someone though. It won’t usually work out well. Instead, try to rephrase the point or ask your question in a different way. Decision making and hierarchy in Indian business culture.If it hasn’t become clear by now, status and seniority are very important in Indian business culture. The hierarchy is all – or, at least, critical to understand.

For instance, you’re very unlikely to see an Indian business leader doing any work which could be the responsibility of someone in a less senior position. Every individual’s role tends to be set pretty much in stone.

Equally, all decision making happens at the highest levels. You might well be wasting your time if you’re negotiating with someone who isn’t at least a senior-level figure such as a director or the actual owner.

You also won’t find many junior-level Indian business people who are willing to even hint at questioning their boss’s decision. Business etiquette in India – preparing yourself for success.As with any time you enter a new market, local knowledge, cultural awareness and flexibility will always stand you in good stead. Finding a local partner is usually the easiest way to hit the ground running.

Remember too that India is a huge country, with many different cultures and ethnicities within it. It’s also a massive economy that’s continuing to grow. Get a hang of the correct Indian business etiquette now and you’ll be well set up to start trading with a world economic power of tomorrow.