The Origin of Vietnamese: Language and Influences 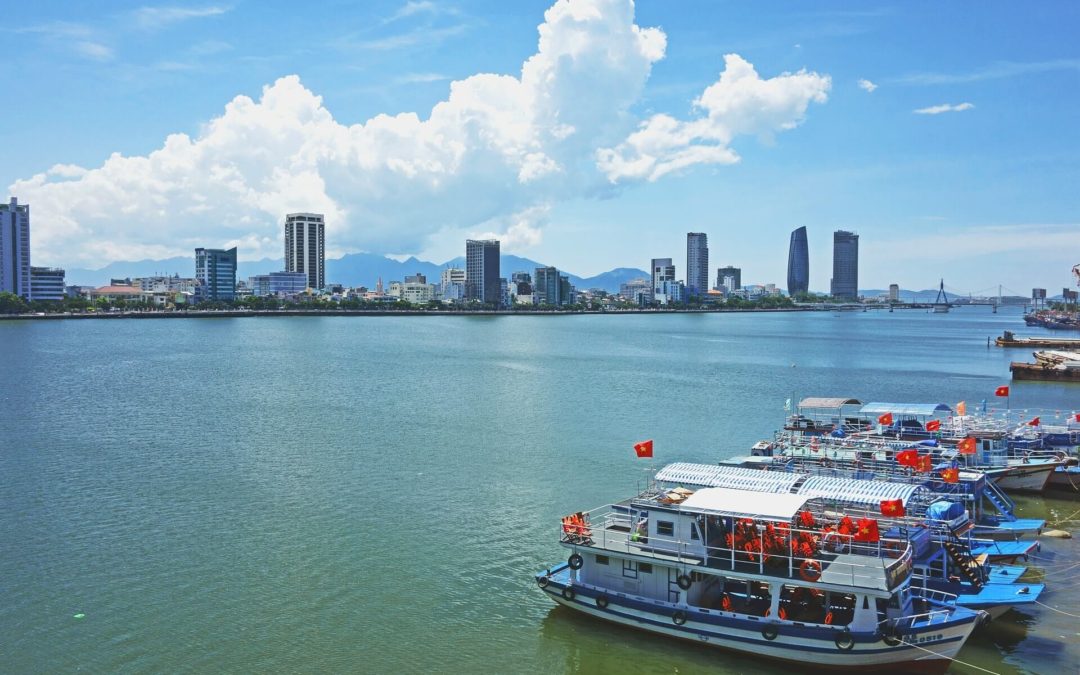 Around 75 million people around the world are native speakers of Vietnamese, the language of Vietnam. It’s also widely used in neighbouring Laos, Thailand and Cambodia, the sixth most-spoken language in Australia, as well as being officially recognized as a minority language in the Czech Republic.

Wait. Hold on. Yes, that does say the Czech Republic. We’ll get to that…

In this article, we’ll look at the origin of Vietnamese, the Chinese and French influences on the evolution of the language, as well as the Vietnamese writing system and its possible future. The languages spoken in Vietnam About 86% of Vietnam’s population are native speakers of Vietnamese. That leaves a solid 14% who are part of the country’s 54 other recognised ethnic groups which have their own separate languages.

In addition, the Vietnamese language has several dialects. Most prominently:

As you might expect, there are quite a few differences in pronunciation and vocabulary between the three dialects. But they are mutually understandable – at around the same level as US and UK English.

Asian Absolute is a translation company that specialises in Vietnamese to English translation.

The history and origin of the Vietnamese language

Once known as Annamese, Vietnamese is part of the huge Austro-Asiatic language tree. That means it comes from similar roots as Khmer in Cambodia and several other languages spoken by minority groups in the surrounding regions. It shares the inflected morphology and consonant clusters for which that branch of the tree is known. It is also a tonal language, where the tone used to pronounce a word can dramatically alter its meaning.

These days, the language of Vietnam is one of the top twenty most-spoken in the world. But it, like the country from which it originates, has had a long and difficult history.

The first thing which you really need to get a hold on when considering the origin of Vietnamese is just how far back in history that genesis might begin. The language has six official periods:

By way of illustrating age, the entire millennia (from the 2nd to the 10th centuries AD) during which Vietnam was ruled by the Han Dynasty of China took place before the “ancient” form of the language develops. Rule by China Undoubtedly, a thousand years of Chinese rule had a huge and lasting influence on the language. But, strangely, not in quite the way you might think. Archaic Vietnamese and everything which comes after it does indeed rely on a great deal of Chinese vocabulary and grammar rules. However, these were adopted in a fashion which meant they were adapted to fit Vietnamese, not the other way round.

Today, it’s estimated that around 50-70% of Vietnamese vocabulary originates from Chinese. But most of these permanent loanwords have been altered in a way which some scholars have described as being “Vietnamised”. Evolution into Ancient Vietnamese From the 11th to the 17th centuries, Vietnam was an independent country. If one which was almost constantly in a state of civil war.

Perhaps the most important evolution of the language during this time is termed the “tone splits”. These increased the number of tones in spoken Vietnamese from three to six. The beginnings of Modern Vietnamese From the 17th century onwards, the language began to evolve towards the Modern form. Yet this too was not without heavy influence from external forces…

French influence on the Vietnamese language

France conquered Vietnam and turned it into a colony in the late 19th century. It wasn’t until after World War II, following a short period of Japanese occupation in the 1940s, that the country regained something of its former independence. This independence was garnered through successive wars against external forces:

That war ended in 1975. But it wasn’t until ten years later that the Communist Party of Vietnam started reforms and boosting trade with the rest of the world. It’s during this time that the now-communist country established strong trade links with the then-communist Czech Republic (Czechoslovakia).

But during it’s time of relatively undisputed rule – from 1884 to 1945 – the French influence on the Vietnamese language was huge. It became the language of administration and was taught officially in schools. French’s impact on Modern Vietnamese is not as great as that of Chinese. But, in much the same way as happened with Chinese during Han rule almost a thousand years earlier, elements of French vocabulary became part of the language. Again, Vietnamese largely managed to adopt and “Vietnamise” words from French rather than change towards being more like it. A surprising feat.

You can most strongly see the influences of different languages in certain areas of contemporary Vietnamese vocabulary:

It was only after the country gained independence from France that the new Modern form of the language, with its Chinese and French influences building on a linguistic history of several thousand years, was finally recognised as the official language of Vietnam.

Despite the terrible conflicts Vietnam has endured throughout much of the 20th century, Modern Vietnamese has remained the official language until the present day.

The Vietnamese writing system and who created it

Once, there was no Vietnamese writing system. It wasn’t until the period of Chinese rule, when the use of Chinese characters was imposed, that the language gained a written equivalent. The problem was, Chinese characters alone didn’t do a very good job of relaying what was actually being said.

By bringing in characters which had been invented or altered locally, a hybrid system was developed. Called chữ nôm(“Southern Characters”), this system started to be used around 1200AD. Though, concurrently, the language used in administration and scholarly circles remained Classical Chinese, or chữ nho. These two writing systems remained in use side by side up until the 19th century.

But, in the 17th century, a French Jesuit missionary named Alexandre de Rhodes had built on the work of his Portuguese missionary predecessors to create chữ quốc ngữ, what is now known as the “national script”. This writing system, essentially a Romanised version of Vietnamese with diacritics, had the advantage of being far easier to learn than chữ nôm. Thus, the national script had entirely replaced the previous two writing systems by the early 20th century.

The future of Vietnamese

The Vietnamese language has managed to weather the far-from-easy history of its parent country. The language wouldn’t be what it is today without having adopted and altered huge segments of Chinese, elements of French and a writing system based on the Roman alphabet. Rather than being defeated by these, it seems to have made them its own. But, in the near future, it may be facing a new crisis:

The influence of the English language has long been noticeable in Vietnam. The country’s ties with and opposition to America in the mid-20th century were perhaps its first foot in the door. However, it is modern technology – the vocabulary required to use it and its spread – which have really led to English gaining a foothold. It’s not uncommon for many younger Vietnamese people to pepper their conversation with words in English, even to the detriment of sentence structure. The practice has found its way into advertising, to the confusion of many. In response, the Vietnamese government has started promoting extended learning of the official language in schools and various groups have launched campaigns to educate young people about both its roots and Vietnamese culture.

This is, perhaps, just the latest battle for an ancient language tied to a nation which has experienced a long and turbulent history.

Are you a native Vietnamese speaker yourself? Or do you think you might need Vietnamese translation services in the near future?

Comment below to get involved in the conversation about this fascinating language.