What Type of Interpreting Do I Need? [WITH EXAMPLES] 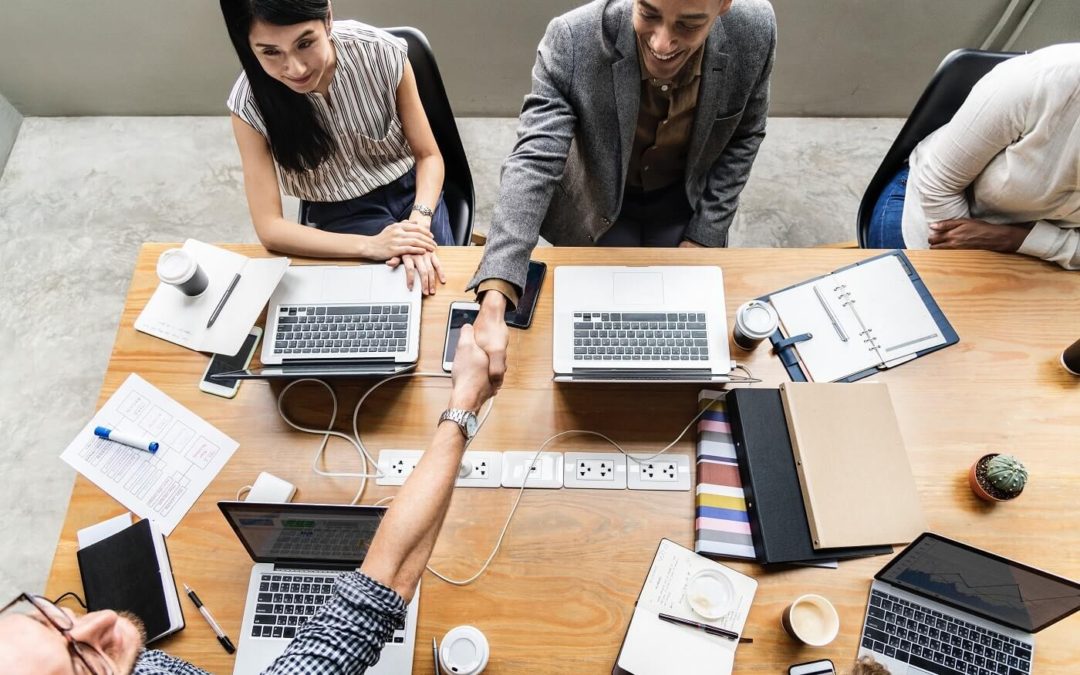 Your next international business meeting. A small but important social gathering. A doctor’s appointment in a different country. A single guest who doesn’t speak the same language as the rest of your audience.
What type of interpreting do you need to overcome your next communication challenge?

In this article, you’ll find out.

Interpretation is the facilitation of spoken or signed communication between the users of different languages.
It’s one of the oldest human activities – possibly even older than writing. But professional interpreting services have really only been formalised in the past hundred years. These days, you can find specialist interpreters in fields as diverse as medicine, legal and judicial, communities and sign language specialists.

What are the different types of interpreting?

There are perhaps four main types of standard interpreting services. As well as several others designed for specific situations.

As a first simple tip when choosing which type of interpreter is right for you, consider your field and your circumstances. A linguist with specialist knowledge in your area is always going to make communication clearer.

What is simultaneous interpreting?

Simultaneous interpreting is a type of interpretation where the linguist verbally translates what the speaker is saying without them needing them to pause. There is typically a delay of up to ten seconds between what the speaker is saying and what the linguist is translating. The linguists are usually situated in separate rooms or soundproof booths, where they speak into microphones linked to the headsets of the audience. This means that multiple languages can be translated into at the same time by a whole team of linguists if necessary.

If you’ve ever seen footage of a meeting at the United Nations and spotted the interpreters all sitting in their booths while the delegates listen through their headsets, you’ve seen simultaneous interpreting happen.

This type of service is mainly used during conferences, large-scale presentations, trade shows or situations where multiple languages needed to be translated into at the same time. For this reason, it is sometimes known as “conference interpreting”. The advantages of simultaneous interpreting include:

What is consecutive interpreting?

Consecutive interpreting differs from the simultaneous kind in that the speaker must pause in what they are saying every so often to allow the linguist to translate what they have said. The pauses tend to happen after each complete thought. This could be a single paragraph. Or a section of speech as long as one to five minutes.
Picture your favourite crime drama. A suspect who speaks a foreign language needs to be questioned. The detective asks them where they were on Friday night. Their question is translated by the police linguist. The suspect protests their innocence in their own language. And that answer is then translated back once again.
For longer speeches, a consecutive interpreter will need to take precise notes as it’s not possible to remember all of the content.

Smaller business meetings, interviews, doctors appointments and court proceedings are the most common times when a consecutive interpreter will be the right choice for you. If you’re looking for a business interpreter, this will almost certainly be the type you need.

The advantages of consecutive interpreting include:

Also known as whispered interpreting, chuchotage is essentially the same as simultaneous or conference interpreting. It’s also usually used in many of the same situations.

The only difference is in the manner of delivery. Rather than being provided by linguists sitting in separate soundproof booths, the linguist will be directly beside the listener’s ear, telling them what is being said very quietly. This means it’s only suitable for interpreting on behalf of a single person, or perhaps two people sitting very close together.

This type of service is best if you’re going to be dealing with a group situation where only one or at most two people are going to need to have what is being said translated.

The advantages of whispered interpreting include:

What is sight translation?

Sight translation involves a linguist reading a document written in a source language and translating it verbally into the target language.

Because it’s very difficult to remember a long document’s worth of text – and there may have been changes made in the meantime – on-the-spot sight translation requires similar skills to conference interpreting. The linguist must read ahead and mentally translate even as they are speaking the words which occur a few lines behind.

Any time that you need to have text that’s in a foreign language rendered into a spoken language that you understand, you will need sight translation. You can often get it as part of or at the same time as your purely oral translation services.

If possible, you might be asked to give the interpreter a chance to inspect a document before they need to actually translate it.

What is BSL interpreting?

BSL interpreting is a type of interpretation which facilitates communication between spoken English and British Sign Language, the sign language used by approximately 150 000 deaf and hard of hearing people in the UK.

Variants of this service are available. Some are for BSL speakers who are also visually impaired, such as hands-on signing, deaf-blind manual and visual frame signing. Others include Sign Supported English, Speech to Text Reporting and Finger Spelling.

What is remote interpreting?

Remote interpreting is a type of verbal interpretation delivered at a remove, usually over the phone or via video conferencing software. The speaker, audience and frequently the linguist too are all in different locations.

This type of service can be simultaneous or consecutive in delivery. However, consecutive is the most common.

That’s because the simultaneous version means that the audience will only be able to hear the interpreter’s voice – not that of the speaker.

Over-the-phone interpreting (OPI) gives the linguist no visual clues as to the context or deeper meaning of what the speaker is saying. This can make the translation marginally less accurate than other forms of this type of communication. But this can be alleviated to a certain extent by using video conferencing software

When speaker, audience and linguist can’t be in the same room, that’s the time when you’ll need a remote interpreter.

What is on-demand phone interpreting?

Just like it sounds, on-demand phone interpreting is a type of remote interpretation where a linguist is required at very short notice. All that’s normally needed to acquire one is to phone a service, select the language pair you need and get connected to the right linguist. This can often happen within minutes.

The downside of this kind of service is that, as well as needing to contend with the lack of non-verbal cues common to all OPI, the linguist will likely have no background knowledge of the situation, subject or speakers. Obviously, this can have a detrimental effect on the quality of service you get.

This kind of service is commonly used in customer service, where there is a need to provide instant support for a customer who does not confidently speak – for example – the same language used by a call centre.

Still not sure which is the right kind of interpreter for you? Describe the situation you’re facing in the comments below and you’re sure to get your answer!