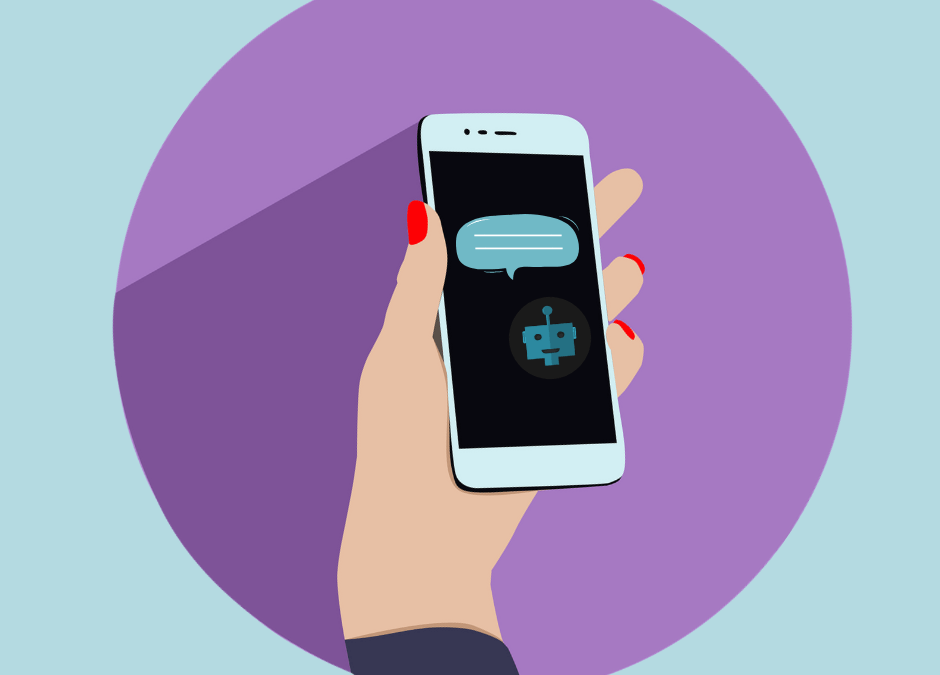 Chatbots. Textbots. Love them or hate them. They’re here to stay. And recently they’ve been getting smarter. A whole lot smarter.

Chatbots have been part of the online experience for most people for many years. For some who’ve known them right from the start, it’s difficult to get past the mental association with one-word answers, error loops and repetitive messages. But the newest generation of chatbots is something else entirely. With the help of advances in AI learning and Natural Language Processing, something much more human-sounding is emerging from that initial clunky chrysalis.

Because it sounded indistinguishable from a real person.

That’s a pretty significant step forward.In this article, we’ll take a look at how chatbots are evolving. Why so many companies are using them. And why the public perception of them might be changing.

How have chatbots improved in recent years?

In only a couple of years, the first generation of clunky, error-laden chatbots has been surpassed by software which can understand a conversational sort of language in an almost human way.

The big names have certainly been quick to cotton on to this improvement. Google purchased the API.AI chatbot platform in 2016, promptly renamed it Dialogflow and has since expanded each bot’s capacity to enable one to handle up to 15 different languages. Some other bots can now handle up to a hundred or more different languages. Which for a business attempting to enter new markets overseas – with all of the careful market consideration and localisation of materials that this entails – means a cost-effective solution might now be at hand.

This is perhaps one of the most useful and potentially lucrative ways in which chatbots have improved in recent years. From the point of view business of all sizes. Especially in a world where almost any company can sell its goods and services internationally – if they have the language capability.

After all, it might be better to have a helpful human customer support assistant for every language your audience might speak. But for many companies expanding into foreign markets, this might not always be financially viable. At least, not initially.

These days, more and more people are becoming habituated to a more conversational way of interacting with information. Amazon’s Alexa and Apple’s Siri are perhaps the most famous examples. But there is also Google Assistant for Google Home. WhatsApp, Messenger and many other apps have this capability as well.

martphones, Smartwatches – sometimes it seems like anything with a speaker and a microphone seems to have it or about to have it added.

This software is designed to achieve a more human interaction than previous versions. One question gives you one clear answer (rather than a written search query which gives you a whole sea of information to sift through). For companies which use chatbots, on top of the cost-saving advantages in terms of staff time, this means that customers need to think less before they buy. Sometimes called “cognitive load“, the amount of brain power a consumer uses working out where and whether to make a purchase has clear effects on whether that sale is likely to go through. Less is, in this case, definitely more.

The speed and ease of response which bots offer is also a factor. Especially now that the spread of on-demand technology is making instant information gratification viewed more like a requirement than a bonus feature in the eyes of many consumers.

Chatbot localisation – why do it?

This need to provide an instant response tailored to your user’s individual preferences – often, no matter where they are in the world – means that the improvement in chatbot technology could not be coming at a more convenient time. A study by Common Sense Advisory showed that:

Having your website and other materials properly localised is par for the course when you’re expanding into new markets abroad. But true multilingual customer support at all levels can be a difficult capability for any but the largest corporations to offer without some sort of automated process being involved.

Yet worries that an audience might be put off by resonant memories of the stuttering chatbots of a few years ago don’t seem to be borne out by the research:

And it’s this final point which seems to be one of the biggest takeaways from a lot of the research that’s been done. But there are also a couple of other major ones:

How many languages are spoken in the markets you target? It might surprise you to learn that around 3 billion people in the world speak some variant of only ten languages. That’s a hefty amount of reach expansion for comparatively little outlay in terms of chatbot translation.

Of course, the particular regional variant of a language will be important (using the Spanish spoken in Spain to converse with your audience in Mexico is unlikely to convince your audience that you’re committed to their region, for example). But even adding a few languages to your chatbot’s capabilities is going to dramatically increase the audience who can interact with you on this level.

Training customer care staff in every language you want to support takes time, money and effort. It can also lead to frustration or complaints by consumers or potential consumers who are upset that you don’t yet support their language.

Chatbot localisation makes for an effective substitute. Highly cost-effective, they’re fast and simple to use. Particularly given how good the technology has gotten in recent years. Your sales and customer support team are going to have a whole lot of their time saved. No more call redirections between departments. No more repetitive basic information requests.

From a value point of view, it’s also interesting to note that chatbots which are truly multilingual rather than bilingual or monolingual actually learn faster. This is because they have more data relationships to look at.

Finally, a sometimes overlooked advantage of chatbot translation is how much more accessible it makes your goods and services. Firstly, to people who aren’t digital or prefer not to use a digital service. Secondly, for people who might be blind or visually impaired, verbal chatbots (as opposed to on-screen textbots) could soon lead to a revolution in communication.

Having an artificial voice read out the text on the screen is all very well. But with a conversational interface, suddenly their interactions are far easier.

The future of chatbot technology – context and translation

Chatbots can already recognise things like typos and net slang. Even those which a human being might struggle with! Plus, the almost worryingly human-level interaction which software like Google’s personal assistant can offer – admittedly currently in a fairly limited situation like booking a dinner table – shows just how far the technology has come in a short space of time.

In the future, the development of deep learning is going to be pivotal in the improvement of chatbot technology. Already, advances in the field have led to dramatic improvements in:

The next steps will likely come from the same field. An important bit of progress will be to increase a chatbot’s understanding of the importance of context. Siri or Alexa, for example, will currently always assume that you’re looking for a local solution to whatever question you ask.

Regarding the future of chatbot localisation, analysis of text and chat shorthand conventions in more regions will be necessary. As will an increased knowledge of which writing systems (for textbots) or which tones, degree of formality or otherwise are correct to use in certain languages in certain situations. Much of this is likely to draw on the specific regional knowledge of translators and other linguistic specialists.

Getting the best out of your bot

There are several things you should consider when implementing your own chatbot:

More than anything, you need to think about your user. You don’t want them to be frustrated that you “only” offer a chatbot for them to interact with. You want them to be pleased how easy it is to speak with a system which gives them the exact information they need. Whenever they need it. In whatever language they want it in.

Is chatbot localisation something you’re only just considering? Or does your company offer this kind of multilingual support already? What experiences with multilingual chatbots have you had as a customer?

Comment below to ask a question or offer the fruits of your experience!