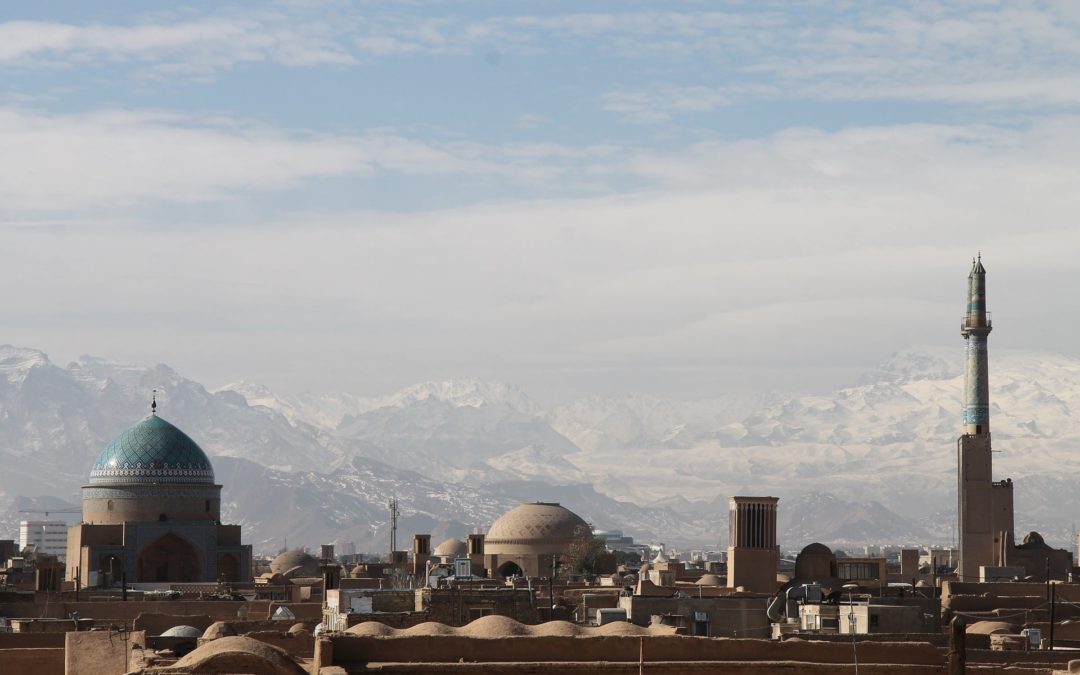 Farsi is what many Persian-speakers call Persian. It’s the official language of Iran and of that nation’s ancient rulers, spoken today by more than 110 million people around the world.

A great many of those speakers are in Iran – where around half the population speak Farsi – and there are also Persian speakers in Iraq, Tajikistan, Uzbekistan, Azerbaijan, Afghanistan and Russia, amongst others.

Make no mistake – Farsi is an old language, with a documented history which stretches back over 5000 years.

In that time it has had a major influence on languages across three continents. One of those languages it has influenced the most is English…

Origins of the Persian language

The first cuneiform carvings of Persian date back to around 3000 BCE.

That’s a lot of time for a language to evolve. The Persian language is usually said to have passed through four distinct stages:

In the time of the Achaemenid Empire (the First Persian Empire) around 550-300 BCE, Old Persian was the language spoken by the original Parsa people who ruled Iran in this period.

Parsa is sometimes written as the Farsa or Farsi people because of the Arabic difficulty with pronouncing “p” sounds and that language’s influence in the region.

The Sassanid Empire (sometimes called the Sasanian or Neo-Persian Empire) was the last Persian empire before the rise of Islam. It lasted from 224 to 651 CE.

The language spoken during this period is classified as Middle Persian. Examples of it can be seen in huge volumes of religious writings of the time.

Classical Persian shares many roots with Old Persian. Remarkably, the language seemed to withstand its speakers’ homeland being conquered by Arab invaders for several decades without being destroyed or even heavily changed.

This was in contrast to numerous other nearby nations whose culture and languages were heavily affected by the initial invasion of the Arab tribes of the time, who had been newly unified by Islam.

Unlike Classical Persian, Modern Persian has been hugely affected by Arabic – many words of the original Persian have been replaced with Arabic ones.

There are also a large number of loanwords, especially for modern technology – as is common in many parts of the world. The Iranian government often produces official replacements (such as the Persian word khodro to replace the French automobile, which had entered common usage).

This is not always successful. The attempt to replace the commonly-used French merci (thanks) with tashakor didn’t quite work. Merci is still often used in speech, though tashakor is usually used in writing.

Another great example of a loan word in Persian is salaam (peace), borrowed from Arabic. This is often used as a greeting in Iran, usually with little understanding of the Arabic origins.

So is it Farsi or Persian?

Both are technically correct. Farsi is what is known as an endonym of Persian.

However, this is complicated by the fact that there are several varieties of Persian – and not all of them are referred to as Farsi, even by their speakers…

Persian is what is known as a pluricentric language. This means that there are several “centres” of speakers who speak different standard forms the language.

The three major dialects of Persian spoken today are:

1. Iranian Persian – also called Western Persian, Parsi or Farsi (which, again, came about because of Arabic speakers’ troubles pronouncing the “p”), Iranian Persian is the most widely spoken dialect.

2. Dari Persian – also called Eastern Persian or occasionally Afghan Persian, Dari Persian has officially been known as Dari since 1958. Confusingly, it is also often referred to as Farsi.

Each of the main varieties of Persian has its own local dialects.

There are also several languages which closely resemble Persian. Languages such as Lori and Tat are close enough to be called dialects.

These languages are often spoken in other Persian countries (that is to say, countries in the region which were part of one of the several major historical Persian Empires).

The two dialects of Persian which are usually referred to as Farsi are:

Tajik, mainly spoken in Tajikistan and Uzbekistan, is technically a variety of Persian, not Farsi. The history behind this distinction is interesting:

The short version is that speakers of Farsi or Persian broadly did not differentiate the language they were speaking up until the 19th century. “Tajik” was a Turkic word meaning “foreigner” which was applied to Persian speakers in what would become modern Tajikistan from the outside.

After 1989, Tajik Farsi was essentially the legal name for the state language of Tajikistan. After 1999, the word Farsi was removed from the law.

Despite the different names and the possibility of distinct dialect differences even between major varieties, most Farsi or Persian speakers will be mutually intelligible to each other.

Regardless of this, whatever your purpose for needing to communicate in Persian, it is vital that you always choose the right dialect for the region you are targeting. This is because there are clear and obvious phonological and vocabulary differences.

The ancient Persian language has had a huge effect on languages across the Middle East, Europe and beyond.

In English, hundreds of words have their origins in Persian – which is often a surprise to English speakers who start to learn Farsi!

Some arrived in English via Ancient Greek or Roman, some via the Ottoman Turkish language, some via the Urdu spoken by the Mughal rulers of India during British colonial rule and yet others via the Africa-Iberia route.

Some of the most commonly used or well known Persian language words in English include:

But there are dozens or even hundreds of others. Just some of which are bazaar, checkmate, jasmine, jackal, kiosk, pyjamas and shawl.

Farsi – the official language of Iran

As the official language of Iran, Farsi – Western Persian – is spoken by around 40 million people in that country alone.

Yet it is not the only language spoken by modern Iranians. 18% speak Azerbaijani and other Turkic dialects, 10% speak Kurdish and sizeable minorities speak Gilak, Mazanderani, Lurish, Balochi and Arabic.

But the Persian language’s ancient legacy and huge impact on languages spoken in places as far distant from its origins as English mean the study of Farsi continues to reward students around the world every day.

Do you have your own interesting fact about Farsi? Or are you planning on doing business in a Persian-speaking region?