Asian Absolute – Winner of the ATC Project Management Team of the Year Award 2019! 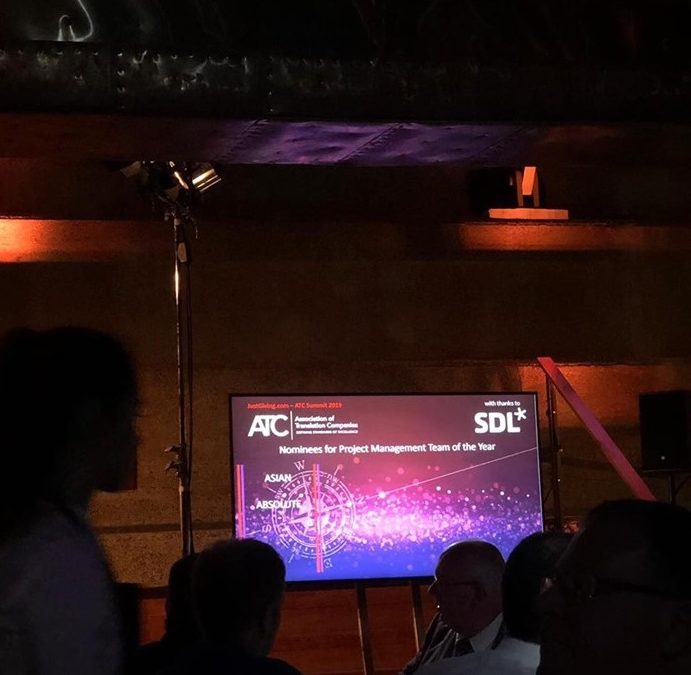 ATC – the British Association of Translation Companies – awards gala took place at the historic Royal Naval College on the banks of the River Thames in London this year.

General Manager Julie Giguère and Account Director Mireia San Jose were present to accept the award on behalf of the team.

This isn’t the first time Asian Absolute’s name has appeared in the records of the award – we won in 2016 too. We’re confident it won’t be the last time either.

Here’s to another great year!