Different Types of Sign Language Used Around the World 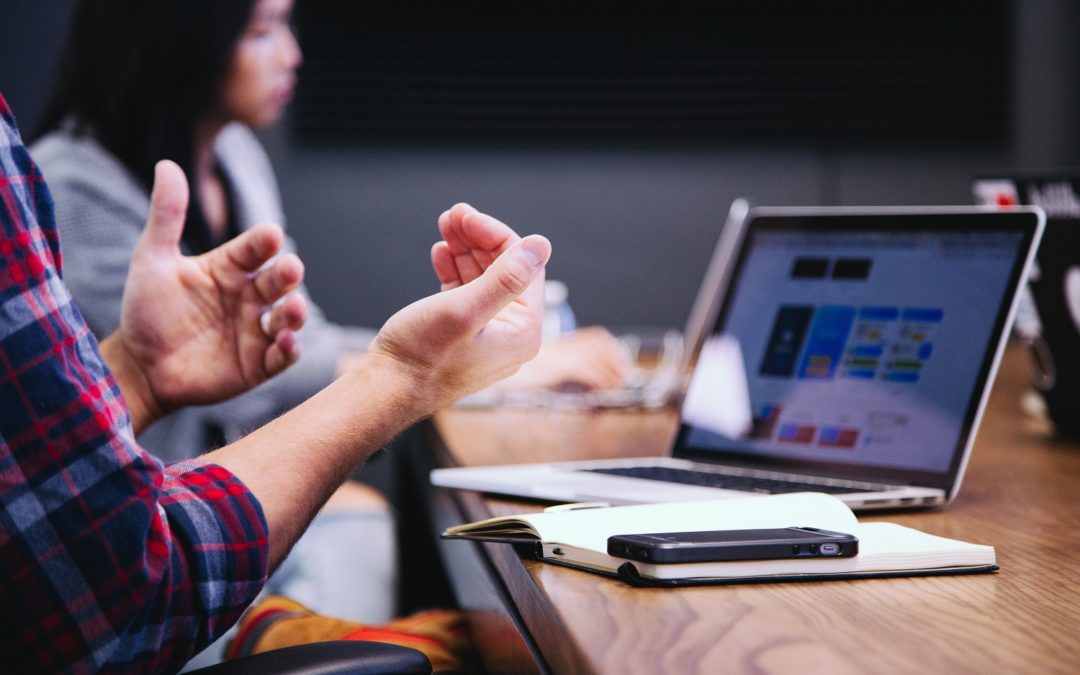 For non-deaf or hard of hearing people, it is often a surprise to learn that there is more than a single sign language.

Today, there are anywhere up to 300 different types of sign language used around the world. Some are only used locally. Others are used by millions of people.

Most sign languages don’t aim to directly translate spoken words into signs you make with your hands either. Each is a true language, with its own vocabulary, grammar and syntax – often unrelated to those of oral languages spoken in the same region.

And yes, the position of the hands is important. Yet so are eyebrow position, eye position, body movement and much more besides. A little like tones in oral languages, their importance and the way they are used also vary between different sign languages.

It only takes a moment’s thought to realise that, with so much variation in oral forms of expression, wouldn’t it actually be more surprising if there was only one universal sign language?

Questions as to why there isn’t a single universal sign language only really make sense if you are picturing sign languages as a kind of helper aid “gifted” by hearing people to the deaf or hard of hearing.

However, in the real world, sign languages – almost universally – develop naturally among deaf or hard of hearing people and communities.

Even Charles Michel de l’Épée, often credited as being the “inventor” of one of the key ancestors of many modern sign languages – French Sign Language – actually overheard two deaf people using it first and then learned from them.

Many of the sign languages spoken around the world today have their origins in:

But by 1880, different thoughts began to take shape. In that year, plans were announced at the Second International Congress of Education of the Deaf in Milan to reduce and eventually remove sign language from classrooms in favour of lip reading and other oral-based methods.

Known as oralism, these rules – which largely prioritised the convenience of hearing people – remained essentially in effect until the 1970s.

Today, however, the various sign languages naturally developed around the world are increasingly recognised as official languages. They are the preferred method of communication for many millions of deaf and hard of hearing people worldwide.

How do sign languages compare with written or spoken languages?

Just like written or spoken languages, sign languages have their own sentence structures, grammatical organisation and vocabulary. The way the hands are positioned in relation to the body can be almost important as the sign itself, for instance.

But signed languages don’t depend on the spoken or written languages of the same region. Nor do they usually mirror or represent them.

They even have some features which many spoken languages do not. For example, some signed languages have rules for indicating a question only has a yes or no answer.

Sign languages usually develop within deaf communities. Thus, they can be quite separate from the local oral language. The usual example given is that while American English and British English are largely identical, American Sign Language and British Sign Language have many differences.

The different types of sign languages used around the world

If you are intending to do business with or advertise your products to deaf or hard of hearing people around the world, it is important to understand the type of sign language they prefer to use.

You can easily set up sign language interpreting services between a given oral language and a given signed language – as long as you know the specific language barrier you want to bridge the gap between.

Some of the most common sign languages in the world include:

The way in which British Sign Language (BSL), Australian Sign Language (Auslan) and New Zealand Sign Language (NZSL) relate to each other is illustrative of the dynamic differences between even closely related signed languages.

British Sign Language, codified in British schools for the deaf in the 1700s, spread around the world as the British Empire and Commonwealth did. This included reaching both Australia and New Zealand.

Thus, New Zealand Sign Language and Auslan, Australian Sign Language, share the same manual alphabet, grammar and much of the same lexicon (that is to say the same signs) as BSL. So much so that a single phrase – BANZSL – was coined to represent them as a single language with three dialects.

But even within BANZSL, all three dialects of which evolved from the same roots, there are differences.

For example, a key difference between New Zealand Sign Language and the other dialects is that NZSL includes signs for Māori words. It is also heavily influenced by its Auslan roots.

Plus, within each of these dialects, there are other dialects, variants and even what might be considered accents.

Within Auslan, for instance, some dialects might include features taken from Indigenous Australian sign languages which are completely unrelated to Auslan.

Another example is the city of Manchester in England, whose BSL-speaking population often use their own signed numbering system.

Many Indigenous Australian groups have their own sign languages. Within the UK, while around 145 000 people have BSL as their first or preferred language, others prefer different ways of communicating.

For example, Sign-Supported English (SSE) is a signed language which uses many of the same signs as BSL but which is designed to be used in support of spoken English. Thus, it tends to follow the same grammatical rules as the oral language instead of those of BSL.

French Sign Language (LSF – Langue des Signes Française) is another origin point for many of the world’s most-used sign languages. It arose amongst the deaf community in Paris and was codified by Charles Michel de l’Épée in the 1770s.

Although de l’Epee added a whole host of extra and often overly complex rules to the existing system, he did at least popularise the idea that sign languages were actual languages – to the point they were accepted by educators up until the rise of oralism.

Today, LSF is spoken by around 100 000 people in France as their first or preferred language. It has also had a significant impact on the development of ASL, Irish Sign Language and Russian Sign Language among many others.

However, again, it would be a mistake to assume that French Sign Language is simply used everywhere French is spoken. Many French-speaking regions have their own sign languages, including:

There are also numerous regional dialects even within France. These include Southern French Language, also known as Marseilles Sign Language.

American Sign Language borrows a large number of its grammatical laws from LSF, French Sign Language. But it combines them with local signs first used in America.

Today, anywhere from 250 000 to 500 000 use ASL as their preferred or first language. This is because, as well as being widely used by deaf and hard of hearing people in the United States, the language is also used in:

Irish Sign Language also derives from LSF, French Sign Language. There are certainly influences from the BSL spoken in nearby regions, but ISL remains its own language.

Somewhere around 5000 deaf and hard of hearing people in the Republic of Ireland, as well as some in Northern Ireland, have ISL as their first or preferred language

A dialect difference almost unique to ISL is that which once existed between male and female ISL speakers. This came about through deaf or hard of hearing Irish Catholic students who leaned in schools which operated on lines of gender segregation.

These differences are almost entirely absent from modern ISL. Yet they are one more illustration of the way signed languages can develop in different ways among different groups from the same root.

Speakers of JSL often mouth the way Japanese characters are spoken orally to make it clear which sign they are using. This is an important distinction from languages like ASL or BSL, where gestures and facial expressions are often more important.

Chinese Sign Language (CSL, written as 中国手语 in simplified Chinese and 中國手語 in traditional Chinese) is sometimes abbreviated as ZGS because of the Hanyu Pinyin romanised name of the language, Zhōngguó Shǒuyǔ.

Although in recent years Chinese Sign Language has started to become more accepted in China, it remains unknown how many deaf or hard of hearing in the country actually use or prefer it.

This is largely because, up until very recently, many deaf Chinese children were taught in special schools using an oralist approach. This practice was strictly encouraged for the last half-century or more.

However, throughout the time when the oralist approach was the only standard in Chinese education for the deaf, CSL was still spread through smaller schools and workshops in various communities.

Today, there are around 20 million deaf or hard of hearing people in China. It’s estimated that around 1 in 20 or possibly more use CSL.

Chinese Sign Language is a language isolate, meaning it is a natural language which has no other antecedents.

The language does have some parallels with oral Chinese. For example, there are two different signs for “older brother” and “younger brother”. This mirrors the fact that there are distinct words for each in oral Chinese too, instead of a generic word for “brother”.

CSL also includes pictorial representations as part of the language. This includes gesturing the use of chopsticks as the sign for eat.

That said, International Sign has been criticised for drawing heavily from European and North American sign languages at the possible expense of deaf and hard of hearing people from other parts of the world.

International Sign also may not, strictly speaking, meet the requirements for being counted a true language. It has recently been argued that International Sign is more like a complex pidgin – a term often used to describe a somewhat simplified form of communication developed between groups which speak different languages – rather than a complete language in and of itself.

International Sign Language Day takes place every year on September 23rd. If nothing else this year, it’s worth thinking a little about how signed communication really works.

The differences between the sign languages spoken around the world are just as diverse and intriguing as those between spoken languages.

Do you need to set up sign language interpreting for your physical or virtual event, appointment or business meeting?

Asian Absolute works with individuals and businesses in every industry to bridge language gaps both spoken and signed.

Let’s talk. Get a free quote with zero obligation or more information today.