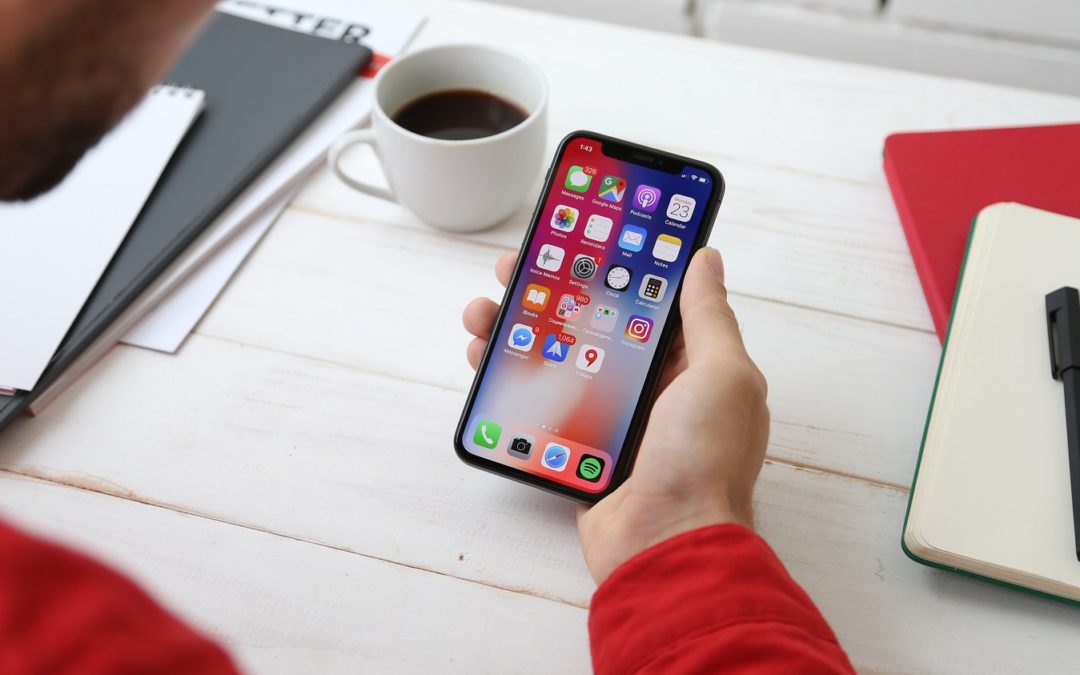 Over 90% of the leading apps on the App Store are localised. Because all the biggest and best developers know just how important app localisation is for success.

Localising your app can result in massive explosions in your download numbers, Daily Active Users and international reach.

But localising your app involves more than just translating the words your users see. It means fully adapting your design so that your app appears to have been created especially for your new target audience.

Proper mobile app localisation isn’t something you can afford to quickly slap onto your build at the last moment. If you don’t do it right, you risk instant deletion. After all, around 90% of apps are deleted almost as soon as they hit the screen.

More importantly though, you risk serious damage to your brand. Potentially imperilling all of your future interactions with that market.

So, what does localisation mean?

Localisation is a step beyond what most people normally think of as translation.

The goal is still to translate your app or content so that it can be experienced by someone speaking another language. But localisation also considers the locale of that person – their cultural background, reference points, norms and regional differences.

Then it adapts your content so that it is not merely accessible to a person from that region. Instead, it appears to have been purposefully designed for their use.

What is app localisation?

App localisation adapts a mobile application for new specific geographic target audiences. For effective localisation, every aspect of the app needs to be considered:

Why is app localisation important?

Organisations around the world spent over £144 billion on app development last year. A significant portion of that was devoted to app localisation.

Almost every single one of the leading apps on the App Store is localised for different markets. There’s more than one reason for that. Localise your app and you will:

If you are only reaching your domestic market with your app, you are missing out on a huge amount of its potential.

In recent years, the number of people downloading apps in even just a few major markets has skyrocketed. Take the examples of:

Critically, it is expected that areas sometimes referred to as “emerging markets” – such as India – will see their app download figures shoot up in the coming years. At the same time, numbers in more “established” markets such as the UK and US are expected to stabilise.

By localising your app, you boost your reach and future-proof it too.

2) Get found faster and more often

Localised apps get found by searches more often in both the Google Play Store and App Store.

Both stores provide app listings for localised apps which make it easier for users in your new target regions to find your app and download it.

As long as you’ve localised your keywords properly (more on this below), you will get found more. On average as much as 128% according to some recent research. Others point to improvements as high as 700% or more.

That increased reach and improved searchability add up to a seriously good Return On Investment.

Of course, mobile app localisation requires some initial investment in things like:

• A professional translation team – who need to be native speakers of the language and culture in question if your want to effectively target a region.
• Choosing the right target regions – ones where there is a clear demand or market opening for your app.

But the ROI you’ll achieve is almost guaranteed to be worth it. What’s more, as soon as you have the processes and functionality in place to localise for one region, it’s easier to do again and again.

You will almost certainly have seen reviews of your competitors’ apps which feature comments like “The Chinese version of this app is useless. Avoid!” or “No Spanish localisation. Please add. 1 star.”

These just go to show you the dangers of not properly committing to your app localisation strategy. You can’t just try a quick Google Translate and say you’ve “localised” your app.

You haven’t. All you’ve done is open yourself to deserved criticism from a much wider audience.

Proper mobile app localisation opens you up to a truly global audience. It will give a big boost to your downloads and will almost certainly result in an excellent ROI. Poorly localising your app will do none of those things.

Poorly translating your app may create negative impressions. But a properly localised app shows both your commitment and respect for your new audience.

This is one of the best ways to start growing a positive brand image the world over. Become known as a developer or organisation which really wants to connect with its audience in different regions and understands local cultures can be different.

Do I need localisation or internationalisation?

Internationalisation is a term which often appears in close proximity to localisation.

Internationalisation lays the groundwork for later localisation. It involves building the technical structure of your app and its design so that it is ready for the localisation process later on.

Ideally happening before launch, this tends to include doing things like making sure your app can:

Localisation means translating the existing content of your app for new individual audiences. Tasks like changing language keyboards, default date and currency systems. Localisation should fit neatly into the structure of your app thanks to your internationalisation efforts.

A properly internationalised app is not necessarily localised. But it is ready to be localised. If an app has internationalisation framework in place, you can add new versions of your app which have been carefully translated and adapted for specific new markets relatively quickly and easily.

How do I localise my app?

First of all, aim to build the possibility of future localisation into the design of your application from the very beginning via internationalisation.
When you’re ready to begin the actual localisation process itself, be sure to:

If you target a market where your app is never going to work, you may end up throwing your money away.

That’s why you should always conduct thorough market research on any potential markets you are planning to localise your app for. Potentially good markets are those which display:

2) Weigh your resources (and use them wisely)

If you want to get the best ROI from your investment in app localisation, you need to carefully choose the right target markets for your first localisation efforts.

You should also do things bit by bit. Trying to localise for every single target audience at the same time might get expensive. Instead, focus on those which your research shows offer good potential and focus your resources there.

Grow one locale at a time, test the results you’re getting and use that information and the returns you’re making to expand into new markets.

Focus on your aim of getting more downloads and more active users in new regions and remember that it’s not a race.

3) Don’t forget your meta and keywords

Of course, a large portion of the work of app localisation relates to the app itself. But don’t forget that your metadata and keywords need to be properly localised too.

Direct translations of keywords will rarely, if ever, return good results. People who are located in different parts of the world and who speak different languages simply don’t search using the same terms.

Equally, if you’re not localising your metadata, you’re failing to display the fact that you’ve put all that effort into properly localising your app in the first place.
In fact, it’s often a good idea to localise your metadata for languages and locales which you don’t even have localised versions of your app for yet. Metadata localisation can:

Sometimes part of the internationalisation process, considering your app’s layout is a critical part of giving it the flexibility it will need for proper localisation.

Remember that localisation isn’t just translating the textual parts of your app to appeal to your new audience It may also involve:

5) Give your translation team context

You might be using your own in-house translation team or choosing a Language Service Provider to work with. Whichever is the case, make sure to give them as much information as possible about your project:

Not only will this greatly speed up the translation process, it may also lead to lower translation costs as well as a clearer and more concise final result.

6) Use an expert in the language, culture and field

We’ve already touched on the fact that using a generic automated solution like Google Translate results in poor quality translations which aren’t suitable for localising your app.

Yet it’s also important to point out that simply being able to speak the language you want to target does not mean that a member of your team – for example – is a possible choice for handling your app localisation project.

The team you put on the job needs to consist of native speakers of the language and natives of the culture you are targeting. Expertise in your field and industry, as well as experience in mobile app localisation, are also highly desirable.

For example, at Asian Absolute, our experienced app localisation specialists always work with native-speaking translators who have a minimum of five years of experience or Masters degree-level qualifications in your field.

7) Play by the rules of App Store Optimisation (ASO)

App Store Optimisation involves all the steps you need to take to get your app noticed and found by searchers on the App Store or Google Play Store.

This includes steps like properly researching localised keywords and metadata as mentioned above. It should also include considerations such as whether your icon is universally appealing in different regions as well as different design parameters for different platforms (rounded edges on iOS versus squared on Android, for example).

You can currently access Apple’s App Store in more than 40 languages and 150 countries. Make sure that you’re not missing out on huge numbers of potential users by only focussing your ASO efforts on your domestic audience.

Never forget the importance of testing your app after the localisation process is complete:

1. Initial testing – once you have localised your app for a new region, it’s time to test it. Your translation team should already have edited and proofread the content (these are two different steps and should never be missed out). But further internal testing and review by native speakers can provide useful feedback.

2. Tech testing – you will want to establish some kind of testing environment where you can test your new localised app on different (likely virtual) devices with different screen sizes and Operating Systems. Check for strange sentence breaks and other layout issues.

3. Fan or favoured user testing – a good source of small-scale test subjects are people within your new target market who already promote or use your app. Use these helpful people to test your new version for you. Consider giving them some sort of favoured status or another reward for doing so. The information they can provide can be invaluable.

4. Results testing – of course, you already know how important it is to measure the results you get with your app after release. Monitor reviews, listen to feedback and make sure you are doing everything you can in terms of app localisation to ensure your app is fully adapted to meet the needs and expectations of your new target audience.

Are you about to localise your app for a new region?
Chat with the experts. Asian Absolute has already localised applications for businesses in dozens of different industries around the world.
You can get a free, no-obligation quote or more information from us at any time, 24/7. We work with app developers large and small.