Hallyu and The Ever-increasing Interest in The Korean Language 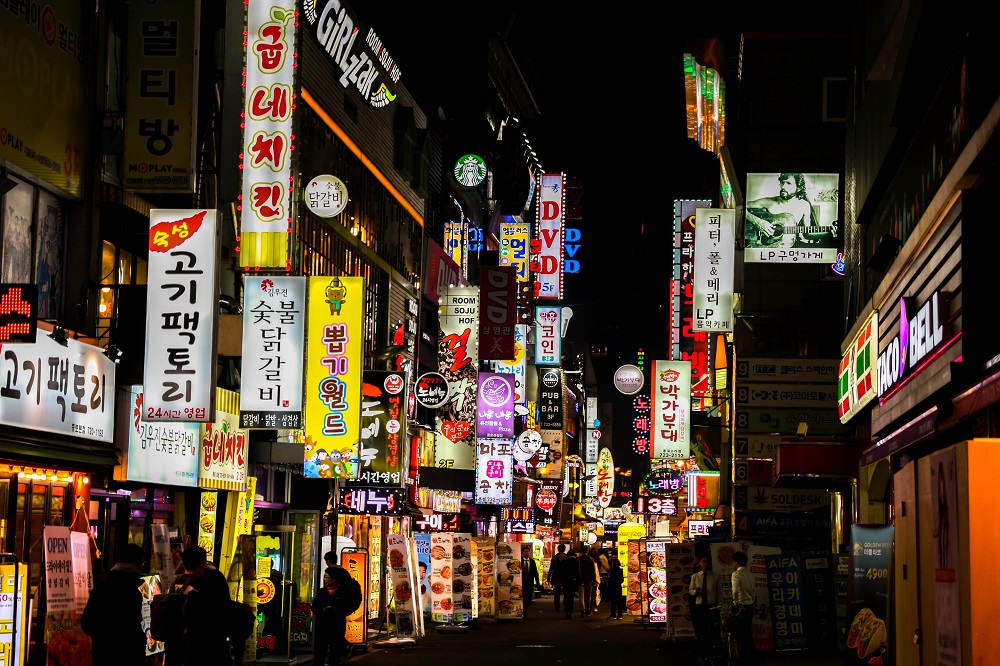 Korean is the 14th most-spoken language in the world. Over 77 million people speak it as their native language. But global interest in the Korean language is spreading far faster than seems likely given South Korea’s physical size.

The interest in all things Korean is driven largely by Korea’s so-called “soft” power – the power a country wields through its image. Today, in wider Asia, the US and Europe, fans of K-Pop (Korean popular music), K-Drama (Korean TV dramas) and Korean film want to learn the language spoken by the stars they admire and the characters they love to watch.

The Korean government is fully aware of this. For decades now, the country has sensibly committed itself to a strategy of harnessing this positive image of itself around the world, often with an eye towards boosting South Korean prestige and business interests.

This massive growth of Korean cultural and pop-cultural influence around the world has a name – Hallyu.

Hallyu is a term in Chinese that means “Korean Wave”. It seems to have first been used in Chinese media, but it is now widely used to describe the huge growth in popularity of Korean culture and pop culture around the world.

The “Korean Wave” includes everything from music, dramas and movies to online games and gamers, Korean YouTube personalities, cuisine and even fashion and make-up styles.

It began with the spread of K-Pop and K-Drama into neighbouring parts of South, East and South-East Asia, chiefly China and Japan in the 1990s. Since 1999, it has become the largest Asian cultural phenomenon ever. Today, it is possibly the largest in the world.

In recent years, it has been estimated that Hallyu contributes somewhere around £8.7 billion to the Korean economy every year.  Former US President Barack Obama made a reference to the “Korean Wave” in a state visit to Seoul back in 2012. The phenomenon has shown no sign of slowing down since then.

The origins of Hallyu

Starting in the mid-1990s, several factors came together to make the rapid growth and expansion of Korean culture and pop culture possible:

1) Lifting of the foreign travel ban

After the Korean War and the economic problems of the following decade and more, not many Koreans travelled abroad. Indeed, the Korean government awarded passports for very few reasons.

But from the 1980s, overseas travel restrictions were largely liberalised and unrestricted. This allowed Koreans to interact with the wider world more freely than perhaps ever before.

For decades, Korean censorship laws were fairly wide-ranging. There were large numbers of topics that could not be displayed in film or television. These rules were banned in 1996, freeing Korean artists and cinematographers to tackle these topics.

The first regions that the Korean Wave expanded into were China and Japan. This was only possible because in 2000, the ban on the exchange of popular culture between Japan and South Korea – which had lasted for fifty years – was lifted.

4) Focus on quality in branding

The period leading up to the year 2000 was also the time when major Korean companies began to refocus their branding efforts on promoting an image of themselves as manufacturing only the highest quality products with an almost futuristic design philosophy.

Large segments of South Korean society as a whole also came to adopt this image, with a concurrent major drive to actually produce those high-quality – often technological – goods. This image of Korean products has since spread fairly consistently around the world.

Ultra-modern internet infrastructure has been one of the big priorities of the Korean government for many years. Connecting Koreans with the rest of the world is seen as a societal plus.

The global spread of the Korean Wave of pop culture has had a perhaps surprising side-effect. Korean words and phrases, which have become so familiar to adherents of K-Pop, K-Drama and the products of the Korean film industry, have started to be used online by non-Korean speakers.

This has been a phenomenon almost as interesting (and almost as long-lasting) as Hallyu itself. Common Romanised Korean words used by fans include:

But perhaps the most interesting is the word used to represent the whole phenomenon of Romanised Korean words being used by non-Korean speakers itself. Dolminjeongeum is a portmanteau of the English word “idol” and the Korean “Hunminjeongeum”, the title of an ancient work on the Korean language.

When you bear in mind how little-used Korean is outside of the Korean Peninsula, it’s easy to see the spread of this phenomenon as a direct representation of the heights of soft power that Korea has begun to reach.

How the Korean Wave is driving Korean language learning

In addition to rote-repetition of favourite K-Pop song lyrics or K-Drama catchphrases and Romanised Korean words on the internet, the popularity of Korean music, pop culture and Korean culture in general is driving hundreds of thousands of non-Koreans to learn the language properly.

There has been a dramatic uptick in the numbers of non-traditional and social media ways to learn, including a massive proliferation of YouTube language videos and channels.

But there has been a huge increase in more mainstream learning institutions offering Korean studies programs too. In the decade following 2007, the Korea Foundation found that global institutions offering Korean studies more than doubled in number to over 1300. In 2020, more than 160 000 new students joined Korean language classes. Often, these classes bucked trends towards reduced student numbers in other language classes.

Some of the important channels through which knowledge of Korean language and culture are being spread include:

The Korean Ministry of Culture, Sports and Tourism is currently spending well over £50 million per year on promoting knowledge of the Korean Hangul alphabet. This ingenious writing system – invented by King Sejong the Great in 1443, hence the name of the institutes – relies on syllabic blocks written in two dimensions and systematic alteration of letters to represent the way the language sounds.

It is expected that the King Sejong Institutes will continue to be large beneficiaries of this spending, in addition to other globally-targeted Korean language learning programs.

Big Hit Entertainment – the management company of BTS, the most famous K-Pop band in the world at the time of writing – has launched a subsidiary education content company called Big Hit Edu. The new company released Learn! Korean with BTS, which features members of the group.

The  Ministry of Culture, Sports and Tourism is linking up with course providers such as this to provide educational packages. It is reported that the first releases of the packages – which include a pen that plays audio pronunciation recordings and four textbooks – sold out in less than 20 minutes in the US and not much longer in Japan.

WeeTV’s K-Language School show is designed for a non-Korean audience who want to learn Korean. The cable channel’s vice president directly pointed to the link between the growing fame of K-Pop and a growing global interest in learning Korean.

4) tvN and the K-pop Cultural Centre

tvN’s K-pop Cultural Centre show is dedicated to teaching foreigners about the lyrics and expressions used in Korean popular music. They steadily release new content to explain new K-Pop songs and educate non-Koreans about the topics being discussed.

5) Universities and other institutions

More traditional educational institutions have been keeping pace with media channels. A report by the Modern Language Association of America found that only Korean and Japanese language courses were seeing increases in student figures in the US – and pointed directly to the Korean Wave as being responsible.

As this report was written almost a decade ago, and with 2019 seeing so many records broken by K-Pop bands – mainly BTS – it seems likely that this is a trend that was then only in its infancy.

Other institutions, such as New York’s The Korea Society, have seen numbers of non-Koreans attending their courses double from around 30% to more than 60%. Again, the organisation has attributed this to Hallyu rather than Korean-Americans wanting to communicate with family members or for business reasons as previously.

Education First, a language training and cultural exchange organisation, found that when opening its Seoul language school, a student poll showed that 9 out of 10 students were there at least in part because of their interest in K-Pop. EF has since decided to alter its plans for a “pop-up” style local school in Seoul with a permanent institution thanks to the level of student interest.

The spread of Korean culture and pop culture around the world is all the more remarkable for being so sudden, relatively speaking. Especially given the once modest nature of the South Korean economy and perhaps place in the world.

Back in the 1960s, you might have been able to describe South Korea as a “developing nation”. It’s likely that almost no one in the “Western” world back then – or even in regions much closer to the Korean peninsular – could have told you much about Korean culture or even have pointed to it on a map.

Today, South Korea is the world’s 10th largest economy. It has arguably the best high-speed rail network in the world and its citizens enjoy the fastest internet speeds. Many of its corporations – Samsung, LG and Hyundai among them – have become household names.

Harnessing the positivity of the “Korean Wave”

The Korean Wave has become both the medium through which knowledge of the Korean language and Korean culture spreads and a display of how powerful and familiar elements of Korean culture are becoming in the global market.

The South Korean government and many Korean companies have been able to harness the “Wave” for both business and PR purposes. They also contributed to its rise and spread. In the case of companies, by transforming their brands – a key component of the “Wave”. And through investment in the entertainment industry on the part of the government.

The resulting “soft power” has spread into the traditional elements of “hard power”, such as military and economic strength. Not to mention providing added opportunities for business connections and the general promotion and generally-agreed positivity of “brand” South Korea.

When so much of the news can come to be dominated by South Korea’s immediate northern neighbour, the positivity encapsulated in Hanyu is very important indeed.

In addition to opportunities for cultural exchange and language learning offered by organisations like Education First, the new generations of students whose fascination with K-Pop and K-Drama has led them to learn Korean have found the job market to suddenly be a much more interesting place.

As well as the highly skilled linguists needed for Korean translation services and interpreting offered by Language Services Providers like Asian Absolute (native speakers translate into their own language, so Korean to English translation would require a native English speaker who also speaks Korean), there are also wide-ranging opportunities in travel and tourism, teaching and training, and wide swathes of different business industries.

Will the Hallyu trend continue in future?

Back in 2018, Psy’s global hit Gangnam Style was probably the first time that a K-Pop song hit mainstream audiences around the world. A song allegedly poking fun at a group in Korean society who try too hard to appear to be from the titular up-market Gangnam district of Seoul, the song was the first YouTube video to reach 1 billion views.

K-Drama and the Korean film industry are not to be left behind. Anyone who has seen the critically-acclaimed Parasite – which won four Oscars, including being the first non-English language film to win Best Picture, and numerous other plaudits – will see the depth of creative thought and stories the Korean industry has to offer.

Will the Korean Wave wash out from shore as dramatically as it surged in? It’s hard to say for sure. But it surely shows no sign of doing so anytime soon.