The Rise of Asian Cinema 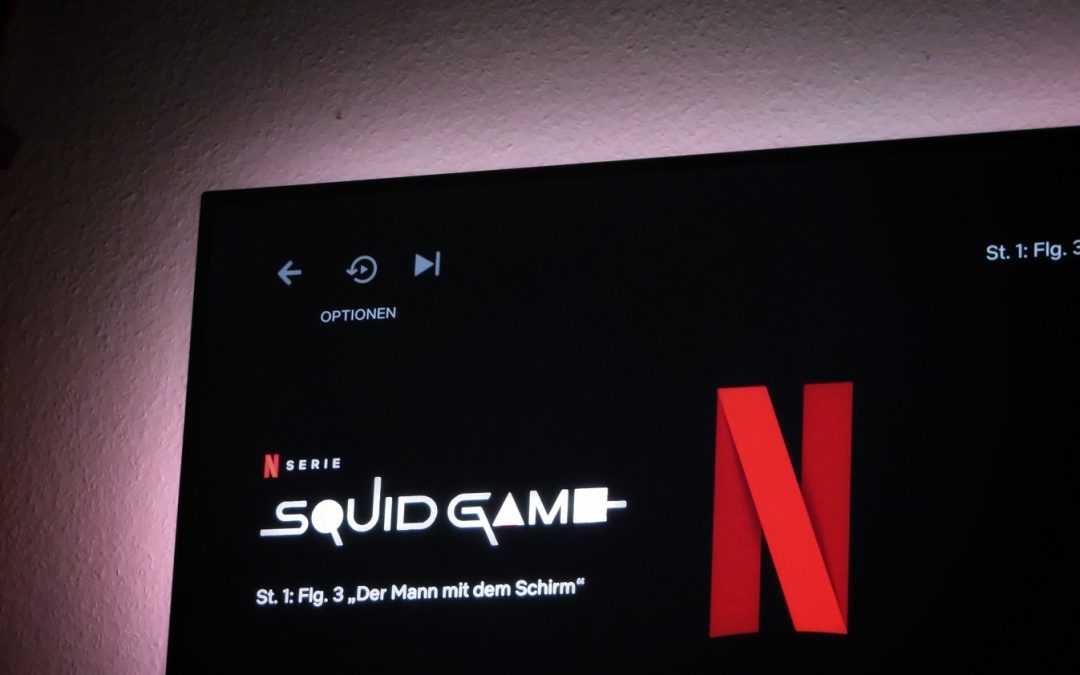 The past few years have seen Asian cinema rise to prominence among audiences around the world.

Individual Asian films had broken the “subtitle barrier” before. But the 2018-2020 period was a special one for Asian cinema, with numerous artists, directors, and creative teams finding high-profile success in global charts and industry awards ceremonies.

Yet, while this perfect storm of talent and releases might signal the final breakthrough of Asian film into the global “mainstream”, it’s by no means the start of the rise of Asian cinema…

In 2020, Bong Joon-ho’s record-breaking black comedy Parasite was the first non-English language film to win the Academy Award for Best Picture. It was also the first South Korean film to win the Palme d’Or at Cannes Film Festival as well as taking home four Oscars and numerous other awards and acclaim.

Just prior to this, Crazy Rich Asians – the Jon M. Chu-directed film adaptation of author Kevin Kwan’s novel very loosely based on his childhood in Singapore – had become the first movie with an all-Asian cast to become a blockbuster in the US.

Following these two high-profile successes, Netflix record-breaker Squid Game – with its iconic pink jumpsuits – became the most popular show the streaming platform has yet seen at the time of writing, with 142 million member households tuning in to see how the 456 “players” get on.

These are only some of the highlights of what has been called a “perfect storm” for Asian cinema. But if so, it’s a storm that’s been a long time brewing.

The rise of Asian cinema

The movie that arguably started it all was the 1954 Japanese sci-fi horror Godzilla. Although this movie was incredibly well-received, it was only the 8th highest-grossing movie in Japan that year. One of those that came in ahead of it was Akira Kurosawa’s legendary The Seven Samurai.

Within two years, the Japanese Godzilla had received a highly popular Americanised “remake”. Six years later in 1960, The Magnificent Seven told the story of Samurai transposed into the American “wild west”.

Yet even if – as Kurosawa later opined – this was not really a remake, even this homage was the start of a long-running tendency of the wider world and Hollywood in particular to take the creations of Asian cinema and transform them for their own purposes and audiences.

The path to global “success” for Asian originals was often hard, even if they garnered huge popularity and critical acclaim at “home”. However, movies like Crouching Tiger, Hidden Dragon (2000), Spirited Away (2001), and Old Boy (2003) proved that movies set in and based around Asian cultures could resonate with a much wider audience.

The home of global entertainment trends

While, pre-2020, Asian films that achieved global fame were the exception rather than the rule, entertainment industries in various parts of Asia have been the launching platforms for waves of highly popular fringe, cult, and growing mainstream entertainment, such as:

Japanese animated movies have been a cultural force for decades. The genre incorporates a vast, broad, and deep range of subject matter.

For example, Spirited Away is heavily influenced by Japanese folklore and myth. Meanwhile, Ghost in the Shell (1995), created by Masamune Shirow, tells the story of the fictional Public Security Section 9, a counter-cyberterrorism unit in futuristic Japan.

This latter went on to be re-told as several brilliant TV series and a recent live-action remake controversially starring Scarlett Johansson as Japanese protagonist Motoko Kusanagi. The 2010 live-action adaptation of the famous anime Avatar: The Last Airbender was also accused of “whitewashing” its cast of originally Asian characters.

Yet it has also been observed that the original The Last Airbender anime and the adaptation greatly influenced Hollywood. Both featured the kind of clearly defined groups of people that would later become a Hollywood storytelling staple in movies like The Hunger Games.

Hallyu – a neologism that seems to have originally been coined by the Chinese media – was recently added to the Oxford English Dictionary. Meaning “wave of Korea”, it refers to the massive increase in the global popularity of South Korean culture and entertainment and its spread around the world.

Starting in roughly the 1990s, K-drama and K-pop spread across South-East Asia. Today, they are a global phenomenon proliferated across social media and YouTube and by the growing volume of South Korean on platforms like Netflix.

Hollywood has a long history of “remaking” some of the greatest products of the Asian entertainment industry. Especially in the horror genre, Hollywood remakes of movies like The Ring (remade 2002), The Grudge (remade 2004), and The Uninvited (remade 2009) have achieved high acclaim.

The various styles and tropes of Asian horror have also become more broadly integrated with American horror over time. In the other direction, it has been suggested that there is a rising demand for the output of Hollywood in many parts of Asia too.

This two-way exchange might be facilitated by what certain expert opinions argue are similarities between the two different cinematic traditions. In short, they have just enough in common with each other (most films feature a sympathetic protagonist, for example) to make their “exoticness” alluring rather than off-putting to audiences in their respective regions.

From groundbreakers to record breakers

The Asian-American and Asian stars whose groundbreaking work and presence in Hollywood could be said to have paved the way for the future success of Asian cinema are almost too many to name.

All of these names and many more contributed to the growing prominence and familiarity of Asian faces in Hollywood cinema. Other ground-breakers and trend-setters can be traced back to China, Japan, Singapore, Korea, and elsewhere, such as Taiwanese director Ang Lee, whose credits include Crouching Tiger, Hidden Dragon, The Life of Pi, and Brokeback Mountain.

Marvel’s recent Shang-Chi and the Legend of the Ten Rings was the first Asian-led superhero movie, making this only the latest genre to be conquered. 2022’s stand-out hit Everything, Everywhere, All at Once starring Michelle Yeoh (ranked as the greatest action heroine of all time by Rotten Tomatoes) also starred a predominately Asian cast.

The success of these last two films alone are signs that while Hollywood still has a long way to go in terms of Asian representation, there is at least some movement in the right direction.

Outside of growing recognition and a higher profile in Hollywood and the “West”, Asian cinema has been experiencing immense popularity and growth both in the region as a whole and in its constituent domestic markets in the past few decades.

Netflix’s hub in Singapore and US$500 million spend on expanding its South Korean content base is only some of the most recent investment being felt in certain parts of the Asian cinema industry.

Governments are also keen to invest in Asian cinema, recognising the soft power that can be attached to entertainment. Hallyu’s origins can be traced to official South Korean government investment and support. Other nations, such as Malaysia – which recently invested millions of dollars in state-backed cinema enterprises – are also getting in on the action.

China, with its huge domestic audience, continues to see its cinema industry set records, with the 2021 Spring Festival topping an RMB1.7 billion daily box office total. But China is far from the only part of South-East Asia with a film industry that’s been having some interesting times in recent years:

Crazy Rich Asians has put a slightly fictionalised spin on modern Singapore life front and centre in the global mainstream.

For a country with such a tiny population, Singapore continues to pull well above its weight on the global cinema stage. This is helped by the fact that as it does for many sectors, the Singapore government offers some serious support for the local entertainment industry.

Despite a relative paucity of entertainment from Singapore that has achieved an international profile (given certain notable exceptions like Sandi Tan’s Shirkers, which won a Sundance film award in a documentary category), the future of the local industry seems bright.

Releases in other genres, including thrillers and science fiction, as well as potential support for developing Singapore’s growing expertise in visual effects may also be a benefit for a nation that has already attracted the headquarters of major producers like Netflix, HBO, and Lucasfilm.

Vietnam has the third-largest population in South-East Asia (behind only China and Indonesia) and the fifteenth-largest in the world. It also has a very young population, with half of all Vietnamese people being under 40.

Two recent hits have broken records in Vietnamese cinema in recent years. In 2018, the comedy Super Star Super Silly (Siêu Sao Siêu Ng) hit the top of the local charts, followed by the martial arts-crime movie Furie (directed by Le-Van Kiet and produced, written by, and starring Veronica Ngo) in 2019.

Netflix is also driving heavy interest in Vietnam, with high-line productions like Da 5 Bloods being filmed in the country and various other projects from this and other producers aiming to work locally too.

With such a large domestic audience, products of Vietnamese cinema don’t really need to be a hit elsewhere to be called successful. Yet Vietnamese art house productions continue to feature at film festivals worldwide.

The 260 million-strong Indonesian population is another huge local audience, yet it’s currently poorly served for opportunities to engage with the products of its increasingly sophisticated, engaging, and fast-growing cinema industry.

The number of movie theatres is expected to rapidly expand in coming years though, driven by both local and international support and interest as well as investment from the Indonesian government.

Like Vietnam, the size of Indonesia’s internal market means that the rapidly increasing number of locally produced films often target local audiences and don’t need to go beyond national borders to be successful.

With such a vast array of newly arriving talent and some of the biggest local box office records of all time set in the past few years, the future of Indonesian cinema is sure to be an interesting one.

The future of Asian cinema

The years to come look very bright indeed for Asian cinema. With the “one-inch-tall barrier” (as Parasite director Bong Joon-ho refers to subtitles) increasingly looking like a relic of yesteryear, there’s much less in the way of talented Asian creatives achieving success well beyond their domestic markets.

Starting from first steps like Godzilla and The Seven Samurai, growing recognition of Asian acting and directing talent from Michelle Yeoh to Chloé Zhao (of Songs My Brothers Taught Me and Nomadland fame), smash hits like Everything, Everywhere, All at Once – and everyone from governments to giant streaming platforms like Netflix throwing funding at different local regions – the rise of Asian cinema may only be just beginning.

Looking to localise your creative vision for markets inside or outside of Asia?

Get a free, no-obligation quote or reach out to talk to an expert about localising your vision today.