Get the precise type of translation services you need for projects targeting any part of the world where Chinese is spoken.
Because Chinese is a complex language. It is spoken in a huge variety of areas and has a wide range of dialects. Mandarin and Cantonese are the most common. But there is also Wu, Xiang, Gan, Hakka, Min, and many others.

Which is best for you? It depends on the part of the world you want to do business with. Is it a specific part of mainland China? Singapore? Taiwan? Hong Kong? Macau?

Wherever your audience happens to be, Asian Absolute ensures you have native-speaking Chinese to English or English to Chinese translators – who are also subject matter specialists in your particular field or industry – to help you get your message across loud and clear.

Whether it’s your marketing. Your internal communications. Your website, app, or online content. Product packaging. E-learning materials. Whatever you need to localise for any Chinese-speaking audience.

Do you need Mandarin or Cantonese translation? Or both?

When considering English to Chinese translation, which written and spoken variant of the language should be used depends on your target market. Read our in-depth page on the Chinese language variants for more details. For most projects you will want to choose one of the four most commonly used variants:

Although the four are mutually intelligible, there are distinct differences in vocabulary and writing style between them.

If you’re targeting the entire Greater China region, we strongly recommend that you produce separate translations for Mainland China, Taiwan, and Hong Kong. You should ideally have your documents translated into Simplified Chinese for Mainland China, into Traditional Chinese for Taiwan, and into a separate Traditional Chinese version for Hong Kong.

It’s unwise to cut costs by translating into only one variant to cover the whole of Greater China as there are long-standing rivalries between the different ethnic groups. Failure to distinguish between them displays a lack of cultural sensitivity and can be seen as demonstrating an inadequate commitment to the region.

Fortunately, the linguistic similarities between Mandarin for Mainland China, Mandarin for Taiwan (sometimes also referred to as Taiwanese), and Cantonese for Hong Kong are sufficient to enable us to translate into more than one variant in a very swift and cost-effective way.

Target any industry or sector in the world

Count on Chinese to English and English to Chinese translation delivered by industry specialists. Each of our Chinese translators is an expert in a specific field. They will have matching qualifications and/or years of experience in their industry.

This is vital. Because in many Chinese dialects, the terminology of different industries varies by region. In some cases, it has yet to be defined.

This calls for extensive knowledge of both your industry and the language itself. We regularly provide this expertise in sectors including:

What part of the world are you targeting with your project? The geographic focus of your Chinese translation services determines the best choice of Chinese dialect or dialects.

For example, if you’re targeting the entirety of Greater China, you need separate versions for Mainland China, Taiwan, and Hong Kong. Anything less and you risk displaying insufficient commitment to the region.

Get recommendations from us as part of your project. We’ll usually recommend:

Translate for different dialects and characters

Take a look at the list of regions above. You’ll see that some regions prefer different dialects of Chinese written using different characters.

Since the 1950s, efforts to simplify Traditional Chinese characters have resulted in Simplified Chinese. In this script, there are fewer lines required to write each character and the overall number of characters has been reduced and the selection process streamlined.

Certain parts of the world – namely Taiwan, Hong Kong, and some overseas Chinese communities – haven’t followed this process. Find out more about Chinese language variants here. Or simply discuss it with an expert when you call to plan your project.

Rely on us to provide both English to Chinese and Chinese to English translation services for a huge variety of dialects and variants. More than twenty tears of specialising in the region give us a huge talent pool of linguists to call on. 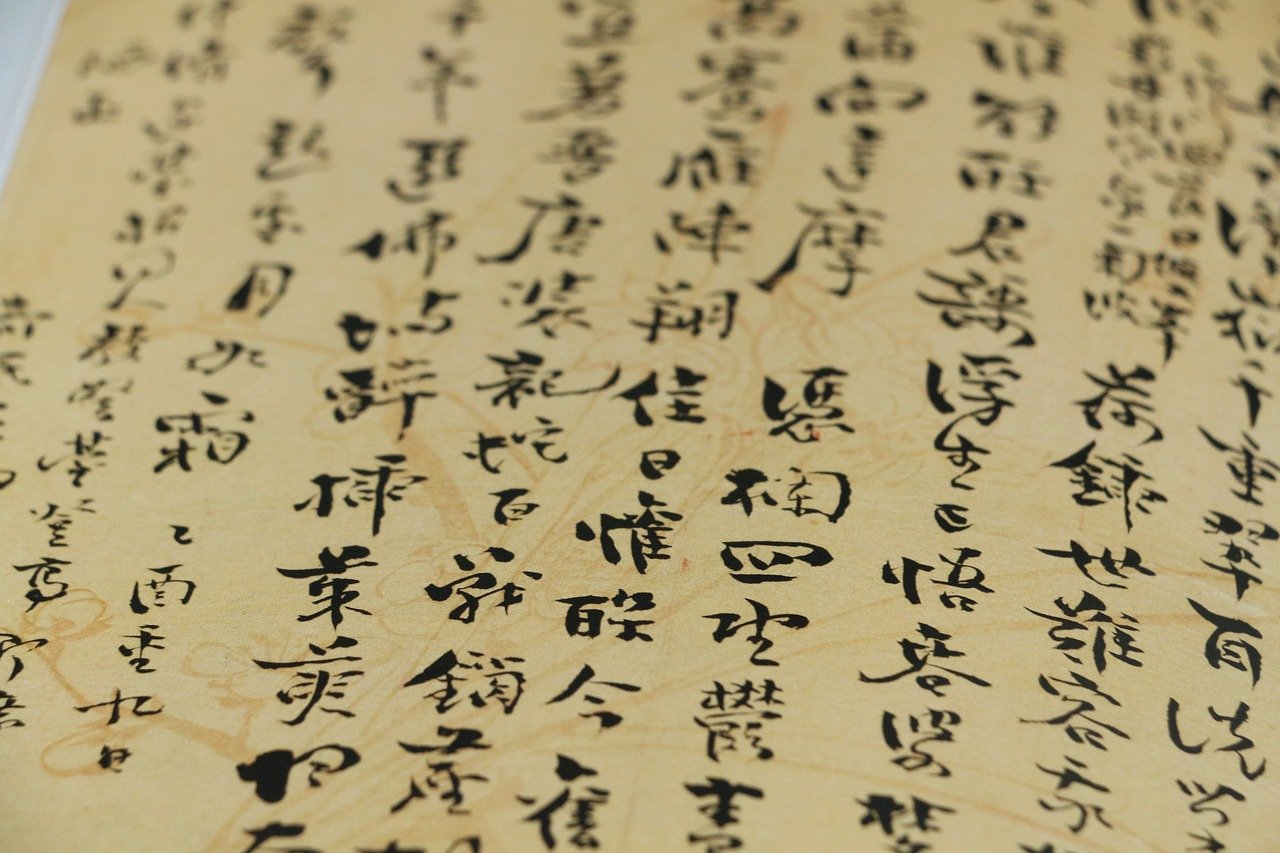 Find Chinese interpreters for any event in London or globally

Source the ideal Chinese interpreter for a site visit in Beijing. A corporate event in London. A business meeting in Singapore. Or any other kind of event in any part of the world.

Because as well as our written Chinese translation services, we also have a global network of Chinese interpreters covering London and the UK, all dialects, and all regions. All of our interpreters are:

Used by the Financial Times and numerous other household brands

Discuss your Chinese translation with an expert

Talk to a specialist today about the Chinese to English or English to Chinese translation you need in London, the UK or anywhere in the world. Get in touch 24 hours a day, 7 days a week and start with a free quote with zero obligation.

Do I need Mandarin or Cantonese?

This depends on where in the world your audience or target market is. There are at least eight very widely-used spoken dialects of Chinese. Mandarin and Cantonese are simply the most common of these, and even they have regional variations.

For example, Mandarin is the official language of the People’s Republic of China and Taiwan. It’s also one of the four national languages of Singapore. But even the Mandarin spoken in China, Taiwan, and Singapore has unique features or dialect words.

Get in touch with us if you need commitment-free advice regarding the language to use in your latest project.

Do I need Simplified or Traditional Chinese?

There is a similar geographic divide in written Chinese. This divide is between Traditional Chinese characters and the more modern Simplified Chinese that were introduced in the People’s Republic of China in 1949.

Simplified Chinese requires fewer strokes to create each character – it is, quite literally, simplified. But, as you can see from the table below, there is no constant link between the dialect spoken and the characters used across regions:

Contact us for free and impartial advice about the most suitable language for your next project.

What is Chinese Pinyin?

There used to be several systems for phonetically writing out Chinese in the Latin script. But Pinyin was slowly adopted by the Chinese government as part of the campaign to create a national language – a standard form of Mandarin based on the Beijing dialect of Chinese.

For people trying to learn Chinese, Pinyin is an incredibly useful tool to aid in pronunciation.

What is the best way to translate Chinese to English?

If you need a fast translation of Chinese text into English, there are apps out there that can do the job. Of course, you should never use them for business, professional, or office purposes as they will never produce a translation of any quality.

But on top of the usual Google Translate (or China’s Baidu search engine’s translation software), if you want a rough approximation of what a piece of Chinese text says, you might try:

Learn more about the Chinese language 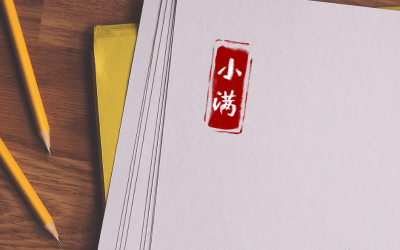 by Woman of the World

In China, company chops fulfil the same function that signing a document does in most “western” countries. Company chops – sometimes called company seals – authenticate contracts and other important paperwork. They are legally binding. Every business registered in...

END_OF_DOCUMENT_TOKEN_TO_BE_REPLACED 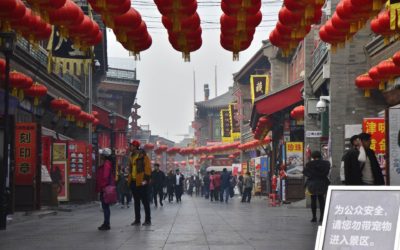 How Many Languages are Spoken in China?

Chinese Language Day is the 20th April. It's a time chosen to fit in with the Chinese celebration of Guyu, which honours Cangjie - the four-eyed mythical figure who is traditionally understood to have created Chinese characters in the time of the Yellow Emperor,...

END_OF_DOCUMENT_TOKEN_TO_BE_REPLACED 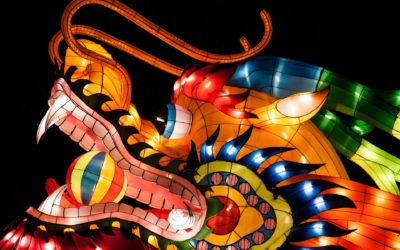 Pinyin and Chinese Characters: How Pinyin Affected China’s Integration with the World

Friday 16th February 2018 saw the celebration of Chinese New Year. This year in the Chinese Lunar Calendar is the Year of the Dog. This is an important fact to know because the festival is rapidly becoming one which is celebrated in all parts of the world, not just in...

END_OF_DOCUMENT_TOKEN_TO_BE_REPLACED
« Older Entries
Need help with your project? Give us the details, and we'll be in touch with you shortly.
Contact us now