Japanese translation services in London and the UK

Asian Absolute’s Japanese translation and interpreting services are recognised by clients in London, the UK and around the world as one of the company’s main strengths.

One of the reasons for this is because the highly skilled Japanese translators and interpreters we select for your project will always be native speakers. Usually, this means not just native of Japan but of the very specific region that you want to trade with. So that accent, dialect and other peculiarities of region-specific language add power to the way you communicate. Not detract from it.

Do you need a marketing specialist for your latest hard-hitting campaign? Technical expertise to localise an app or a product manual? Or a business expert for your forthcoming meeting?

Your Japanese linguist will also have qualifications and/or experience in your field. So that they use the same industry-specific terminology that you would in your mother tongue.

You will find it easy to communicate with your target audience anywhere Japanese is spoken. You can smoothly find the expertise you need in all dialects and regions.

Equally, if you are searching for Japanese to English translation services, we have a global network of language specialists ready to support you. Unusually, we advise using English native speakers for these services. That’s because it’s the best way to guarantee that your English-language communications are perfectly suited to the cultural preferences of your target audience.

Written Japanese has three scripts – kanji, hiragana and katakana – as well as highly complicated grammar. That’s why Asian Absolute’s Japanese translation services are only ever delivered by linguists who have Japanese as their mother tongue. No one else has the skill to render your text into your target language while retaining the coherent message, fluency and flair you built into your original.

Modern Japanese society can often require a degree of formality in the language that will be used. But there are informal options. With a deep knowledge of this beautiful language, your personally matched Japanese translator will ensure that you communicate with confidence no matter your target audience.

Spoken Japanese also requires a deep understanding of the subtle signals, mannerisms and expected conduct which bind Japanese society together. Mastery of the various points of spoken communication in Japanese – which can vary depending on the age and gender of the person you are speaking to, the locality and lifestyle, dialect and accent – can take a lifetime.

Therefore it’s important that your Japanese interpreting services are provided by a native linguist. Or, if you prefer, by a non-native speaker who has spent many years in Japan to achieve their current level of complete cultural immersion and understanding of etiquette and norms.

By being sensitive to elements such as these in both your home and target languages, your linguist will be able to guide you in achieving the best outcome for your current project. Asian Absolute can provide you with:

Japanese translation and interpreting services specific to your industry

Every time you engage one of our linguists you will be working with a specialist in your field as well as in the language pair you need. This means that not only will differences in grammar, style and cultural preferences be accurately localised, you will also have a local’s understanding of the specific terminology used by your industry.

Asian Absolute provides high-quality Japanese translation and interpreting services to clients in London, the UK and around the world in the following industries:

Talk to us about your language needs 24/7

Contact us at your convenience and tell us about the language expertise you need. Get a free, no-obligation quote at any time – as well as any advice you might need to make a success of your latest venture.

Kanji are Chinese characters (the word Kanji literally means “Han characters”) that came to Japan from China. They are most commonly used in nouns. When they feature in adjectives or verbs they usually do so alongside Hiragana. Most sentences will include both.

Hiragana was introduced in the 9th century to simplify the Kanji writing system and Hiragana derives from Kanji characters. It is largely used for native Japanese words for which there is no Kanji, with each Hiragana representing a syllable. It can also be used to express a few extra sounds used in Japanese via digraphs of one normal and one smaller Hiragana character being written together.

Katakana represent each syllable that Hiragana does, but phonetically. It is most often used to represent foreign loanwords or to add emphasis. Like Hiragana, it was introduced in the 9th century and derives from Kanji.

While around 3000-4000 Kanji are known by the average educated Japanese person, there are “only” 46 Hiragana and a matching number of Katakana

There are two different ways you can read Japanese Kanji characters (this is the Japanese script made up of Chinese characters).

The Kunyomi is the traditional Japanese pronunciation. You’ll see it most often when Kanji feature in verbs or adjectives.

The Onyomi is more like the original Chinese pronunciation. You’ll see it most often when Kanji feature in nouns.

Each Kanji can have several different Onyomi and/ or Kunyomi readings or just one or the other.

What is furigana (ふりがな) in Japanese?

Furigana can be thought of as a kind of small subtitle attached to Kanji characters that explain the Kanji to anyone who cannot read it.

It usually takes the form of a small piece of Hiragana or sometimes Katakana script written just beside the Kanji and indicates the correct pronunciation. 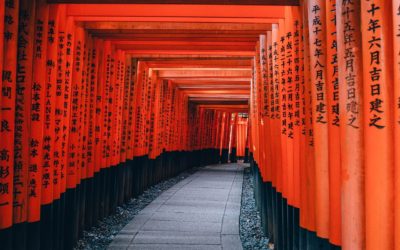 What are Japanese Symbols Called – The Japanese Writing System

There are three different types of Japanese characters. These are called Kanji, Hiragana and Katakana. There are several thousand characters in those different character sets combined, and they’re used together in many different ways, often even in the same word… So,...

END_OF_DOCUMENT_TOKEN_TO_BE_REPLACED 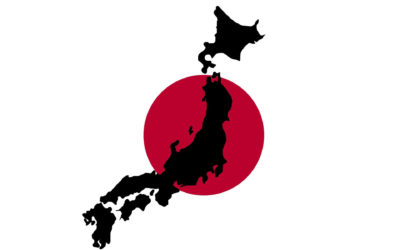 On a journey through Japan, perhaps from Osaka to Tokyo, you will hear dialects which differ substantially from Standard Japanese – as well as from each other. When you're doing business in Japan, this is a vital factor to consider. Because, despite what many...

END_OF_DOCUMENT_TOKEN_TO_BE_REPLACED 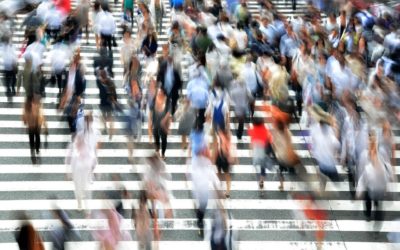 Asia is often referred to as an area with an air of inscrutability, and perhaps one of the foremost reasons for this is its languages. With many intricate characters and myriad meanings gleaned from seemingly cryptic glyphs, the languages of Asia are easily perceived...

END_OF_DOCUMENT_TOKEN_TO_BE_REPLACED
Need help with your project? Give us the details, and we'll be in touch with you shortly.
Contact us now